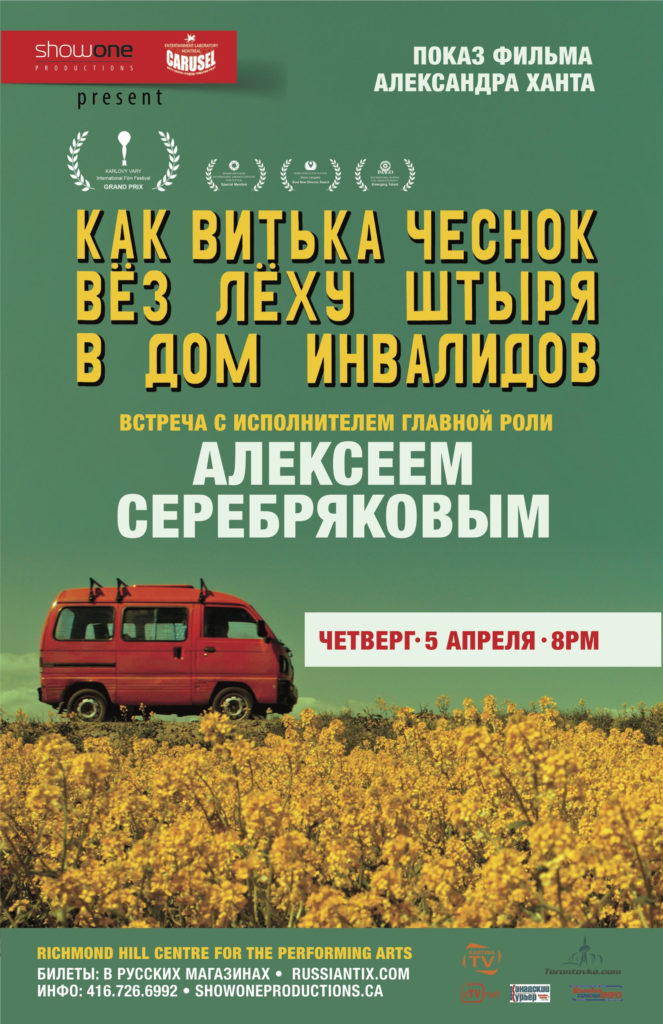 Show One Productions in collaboration with CARUSEL present:

The main Russian debut this year!

Viktor “the Garlic” is a former orphan – an orphan with a living father and a singleton with a wife and a son. Vitka’s dream of leaving his family suddenly became true. The guy meets his felon-father, who was recently released from prison and is now disabled. The son again decides to place his father in a “state house,” but for this time – his choice was a nursing home. And they began their journey without having any expectations of which adventures and dangers might be awaiting them along the road.

Russia, 2017, 90 min.,
IN RUSSIAN WITH ENGLISH SUBTITLES
No translation is provided for Q&A