For the first time in Toronto on March 8th, 2020 at the Elgin Theatre, audiences will experience a show that has won the hearts, minds and souls of Italy and the globe:  the great musical production of 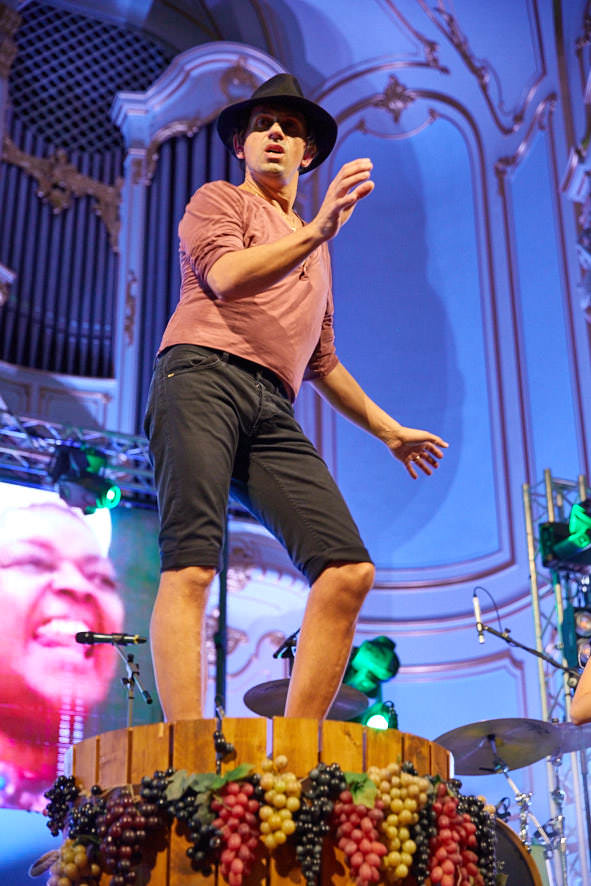 For almost half a century, Adriano Celentano has been superstar on Italian stage and film. He won the hearts of women and men throughout the world. Young women were in love with him. Young men tried to impersonate him. There have been many but no one has even come close as talented Italian actor and performer, Maurizio Schweizer.

From Italy to Russia, USA to Germany, Monaco to Israel and in between, this worldwide successful project features a collection of the greatest songs by the living legend singer/actor Adriano Celentano. Maurizio Schweizer and his collective group of musicians and singers take you on a passionate journey of the Maestro’s talent with songs like Amore No, Soli, Susanna, Il Tempo Se ne Va, Confessa, Pay Pay Pay and more.

This full blown spectacular production leaves no details behind. Accurate musical arrangements and vocal stylings, original vintage accessories, scenery replicated from Adriano’s concerts, TV shows and films as well, exact replications of Celentano’s stage clothes. Schweizer and entire team have created the image of the Italian living legend in such a natural and authentic way.

Critics worldwide have acknowledged countless times that Schweizer completely transforms himself into the great “il molleggiato” (meaning springy or bouncy), a nickname Celentano was often called in his home country. This is not just a performance to clone or grossly mock. This is a REAL transformation. A transformation that is magical, excitable, energetic, passionate and – unforgettable.

Schweizer, who happens to have been born on the same street as Celentano – the famous Via Gluck – bears an unbelievably uncanny physical similarity to the maestro, along with the same likeness and charisma. His ability to convey the song, the words and charming pauses make you tremble and touch your soul, as if you were watching the living legend.  Even Celentano himself has said that he likes to watch the show to remember himself as he was when he was young and energetic. As a result, this production is the only tribute show of Celentano that has been given the approval and blessing by the Adriano himself.

Come see what they mean when they say – you have been CELENTIZED.