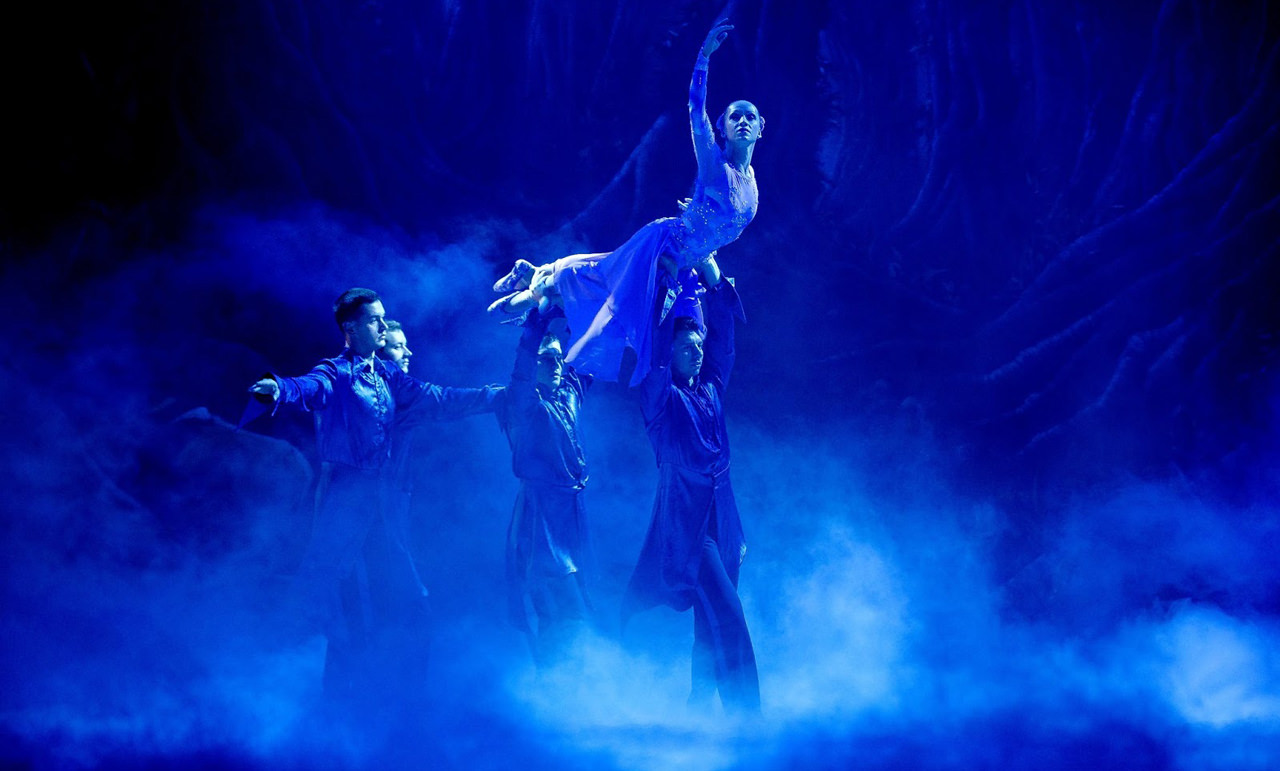 Direct from a worldwide tour, international ice dance sensation The Imperial Ice Stars make a triumphant return to Toronto for the first time in seven years with the Toronto primiere of their critically-acclaimed Sleeping Beauty On Ice featuring more than two dozen of the best figure skaters in the world!

Four tonnes of crushed ice are used to transform the Sony Centre stage into a magical ice rink where the ensemble will glide, defy gravity and soar through the air! And over the run, 14 tonnes (over 30,000 pounds!) of additional ice is made to maintain it – the same weight as nearly 3 elephants!

“Skilful, exciting and utterly beautiful… a cut above the rest in every way.” – The Scottsman, UK

“If blood-stirring, bravura skating is what you’re after, look no further.” – The Times, UK

“The Imperial Ice Stars are to skating what Cirque du Soleil is to circus – inspiring, original and great theatre.” – Sunday Telegraph, UK

Acclaimed Artistic Director Tony Mercer has teamed with the distinguished Russian Olympic coach Tatiana Tarasova to take contemporary ice dance to a new level, inspiring the 25-strong medal-winning cast of Olympic, World, European and National Championship skaters to perform feats so daring and complex they haven’t yet been named!

The Imperial Ice Stars are renowned for marrying well-loved classical scores with breath-taking choreography and romantic narrative, creating a fusion of adrenaline-rich ice dancing and dramatic performance. They have earned an unrivalled reputation for pushing the boundaries in the genre of ice dance with their skill and athleticism, powerful story-telling, sumptuous sets, spectacular special effects and opulent costumes (more than 110 in Sleeping Beauty on Ice!).

Over the last 10 years, The Imperial Ice Stars have performed over 2,000 shows in more than 23 countries across five continents, gaining a worldwide following for their sophisticated portrayals of classic works. Their previous world tours (Cinderella on Ice, Swan Lake on Ice – presented at the Sony Centre in 2008 – and The Nutcracker on Ice) have been greeted with nightly standing ovations and five-star reviews.

Founded in 2004 by James Cundall, one of the leading producers of live entertainment in Asia and Australia, and Tony Mercer, widely regarded as the world’s foremost creator of contemporary theatre on ice, The Imperial Ice Stars continue to break new ground in the genre of ice dancing, elevating the art form and broadening its appeal.

Ticket prices range from $55 – $95
Ticket prices do not include service or delivery fees.
Tickets can be can be purchased in person at the Sony Centre box office, over the phone at 1-855-872-SONY (7669) or online at www.sonycentre.ca
Discounts are available for groups of 8 or more – Call THE Group Tix Company 647-438-5559 or
Toll Free 1-866-447-7849 or online at www.thegrouptixcompany.com
For more information, visit www.imperialicestars.com