Smile at us, Oh Lord! 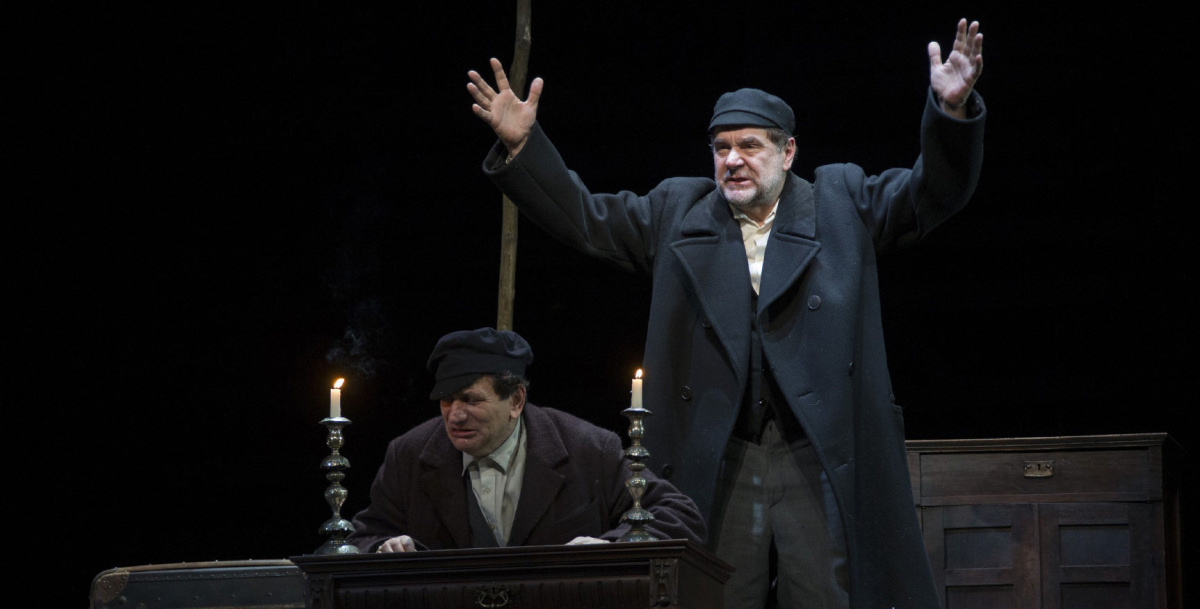 The Vakhtangov State Academic Theatre of Russia: “Smile at us, Oh Lord!”

After a smashing succes and rave reviews for its sold-out  2014 premiere of “Eugene Onegin” in Toronto, The Vakhtangov Academic Theatre of Russia is back this June, featuring a new theatrical masterpiece, “Smile at Us, Oh Lord!”

Based on two novels by Grigory Kanovich
Directed by Rimas Tuminas

Featuring an all-star cast of renowned actors, and brought to life by the acclaimed team of Vakhtangov’s artistic director Rimas Tuminas, composer Faustas Latenas, and set designer Adomas Yacovskis, “Smile At Us, Oh Lord” is based on two novels by the Lithuanian-born Israeli writer, Grigory Kanovich.

With a plot full of tragi-comedic moments, accented by soulful music, “Smile at Us, Oh Lord” is the story of an “every man”, vehemently opposed to wrongdoing, even as the world around him crumbles. His journey opens his eyes – and the audience’s hearts – to the fate of Jews around the world during the first half of the 20th century. Using a new language of poetic theater, Rimas Tuminas and the esteemed Vakhtangov Theatre company tell a universal story that’s linked with the larger parable of the great love of mankind.

In Russian with English subtitles.

Lenghth: 3 hours and 20 mins including intermission

About Vakhtangov Theatre:
Founded by the legendary Russian theatrical director and Stanislavsky’s scholar –  Evgeny Vakhtangov –  in 1921 and now led by one of the hottest European directors, Rimas Tuminas, the iconic Vakhtangov State Academic Theatre of Russia is a Moscow  landmark, located in the very heart of the city, and rated as the best theatre in Russia by both critics and audience. Vakhtangov’s troupe, which includes numerous Russian star actors, always present the most original and interesting repertoire, with most of its productions being sold-out months in advance. Learn more about the company at vakhtangov.ru

FOR TICKETS
ON LINE via Ticketmaster.ca (see direct links above)