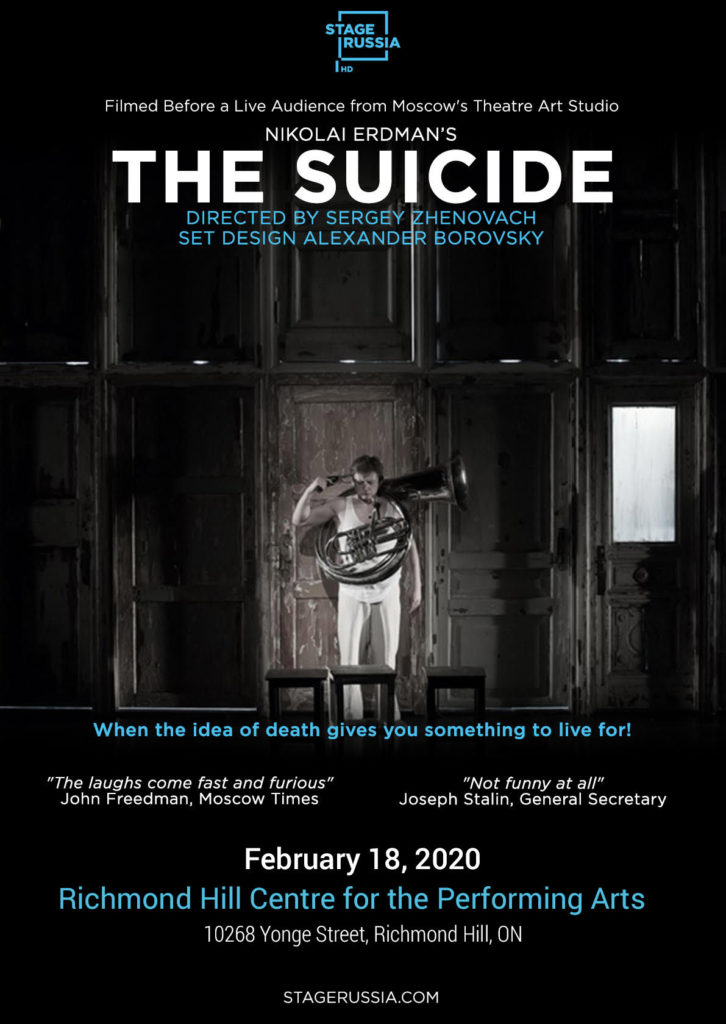 Sergey Zhenovach’s adaptation of Nikolai Erdman’s comedy centers around a young, unemployed man desperate enough to contemplate ending it all. As soon as he declares his will to die he finds himself surrounded by a variety of characters begging him to kill himself as a gesture for their cause. Flattered by this noteriety but panicked at the prospect of actually having to go through with it, he must find a way out that somehow leaves his dignity intact.

The play, originally written in 1928, forms a link in Russian literary history between the satirical mastery of Nikolai Gogol and the post-World War II Theatre of the Absurd.