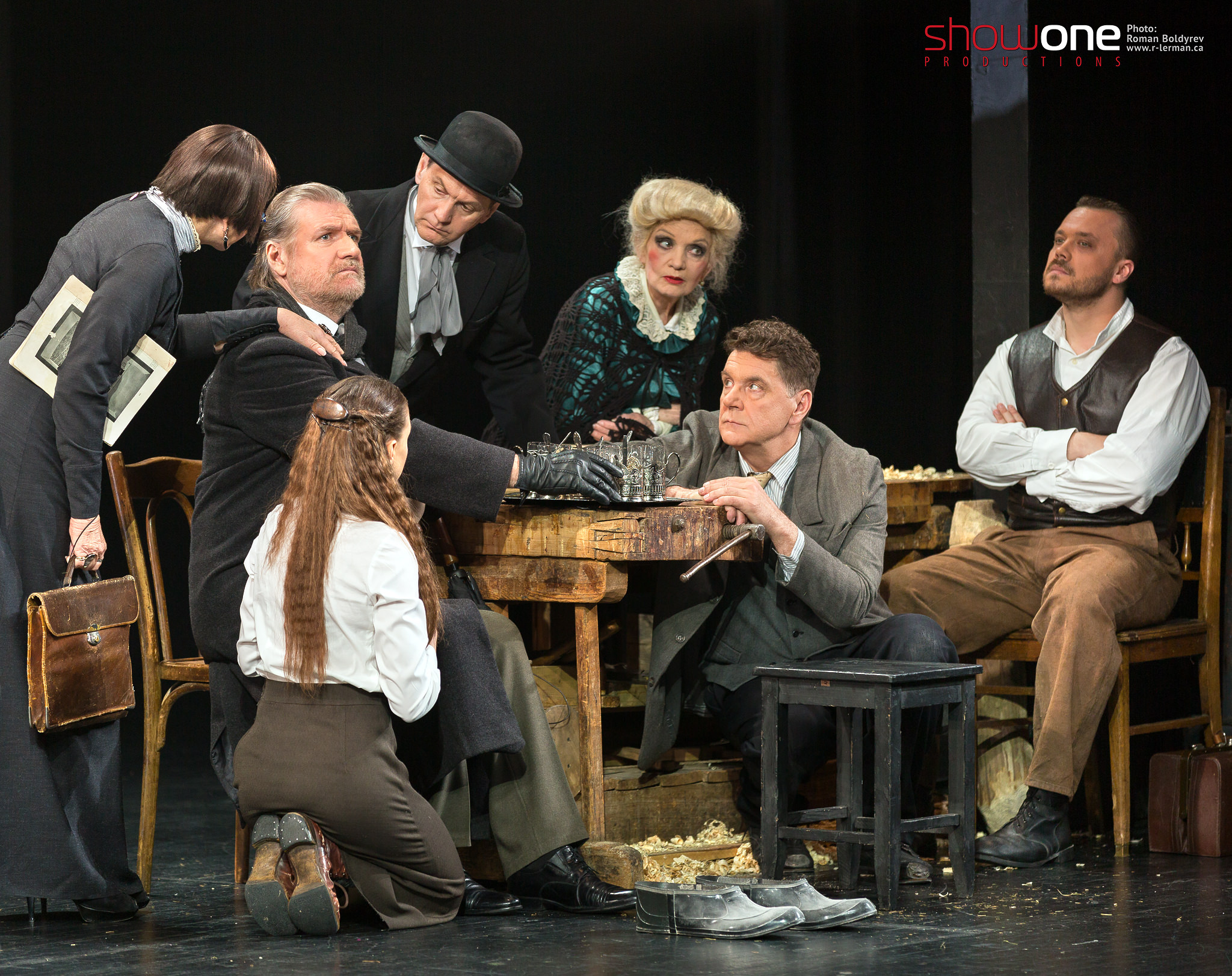 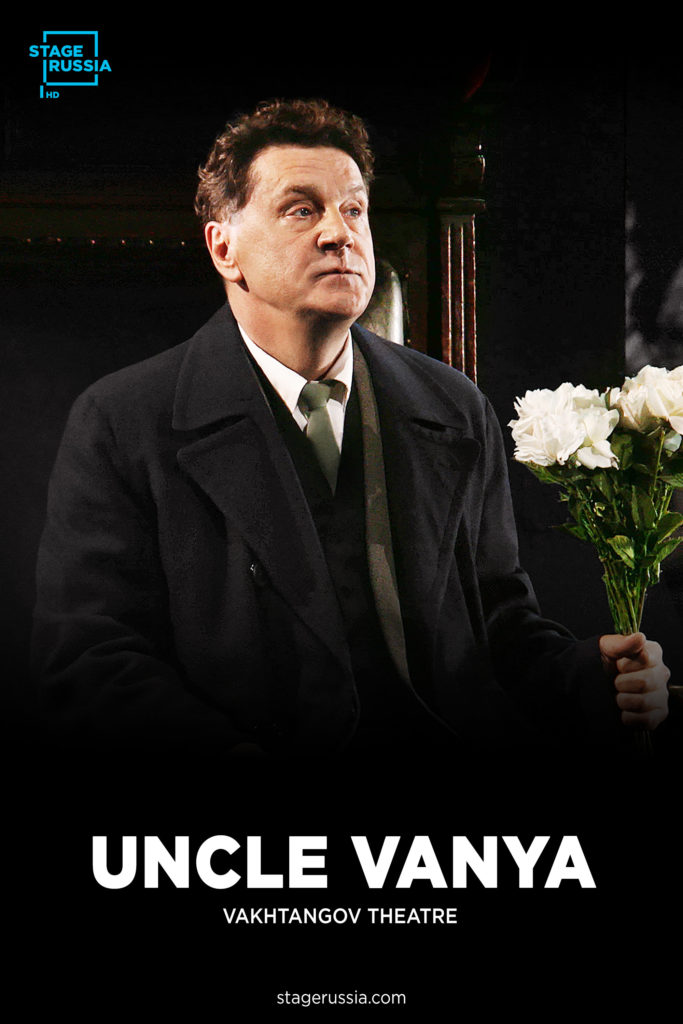 Rimas Tuminas’ reimagining of Anton Chekhov’s tale about broken illusions and dashed hopes is freed from its traditional trappings, leaving behind a battlefield for passions and colliding ambitions.

We are given an empty space from which life has departed, a theatre space with grey slips, a plaster of Paris lion – a symbol of Petersburg, perhaps the ancestor who built the house came from there, a workbench made out of rough boards, an old sofa, several chairs of different colors.

This “Uncle Vanya” is about what Chekhov’s characters think and what they admit to only at moments of emotional turmoil. They are at times tongue-tied or overly brutal, but their revelations break out of them fervently, desperately just as a man breaks out of a stuffy room into the open air.