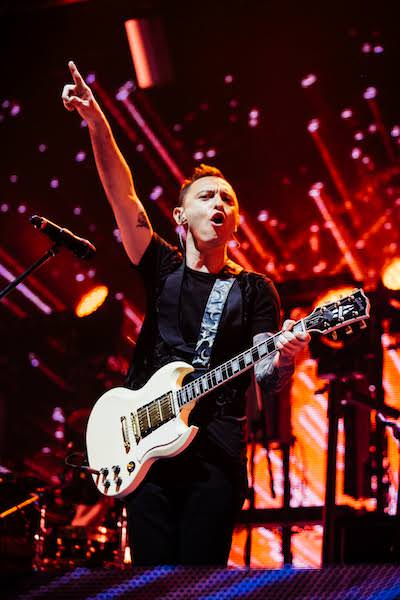 Zveri is a band with an impressive history, tons of hits and an army of loyal fans all over the world.  They have 7 studio albums, more than 20 music videos and are the record holders of several music awards. In spring 2017 Zveri will come to North America with their new show: “The Best”.

In Toronto, they will perform on March 29th at the Mod Club.  “The Best”, consists of the hit songs from their albums over fifteen years, including “Rains-Guns”, “It’s Simply Such a Strong Love”, “Stronger Drinks”, and “Oaths” from the album “One on One”.  Zveri will also perform some of their new hits from the album “No Fear” and of course Roma the Beast will play “Districts and Blocks “.

“We are very pleased to welcome the spring season  with the concerts in America and Canada, it is the first time we perform with our new band members; I think our fans will be interested to listen to familiar and favorite songs in a fresh interpretation,” says Roma Zver, a leader of the band.

Last year, Zveri managed to release the album “No Fear” which was very warmly received by the fans, along with their new music videos for the songs “Fly”, “No Fear” and “You’re so Beautiful.  Roma Zver presented his own photo exhibition “Moments”, and at the end of 2016 the band celebrated their 15th anniversary.

Zveri is a great sound and set design, the original light show and only the best songs.