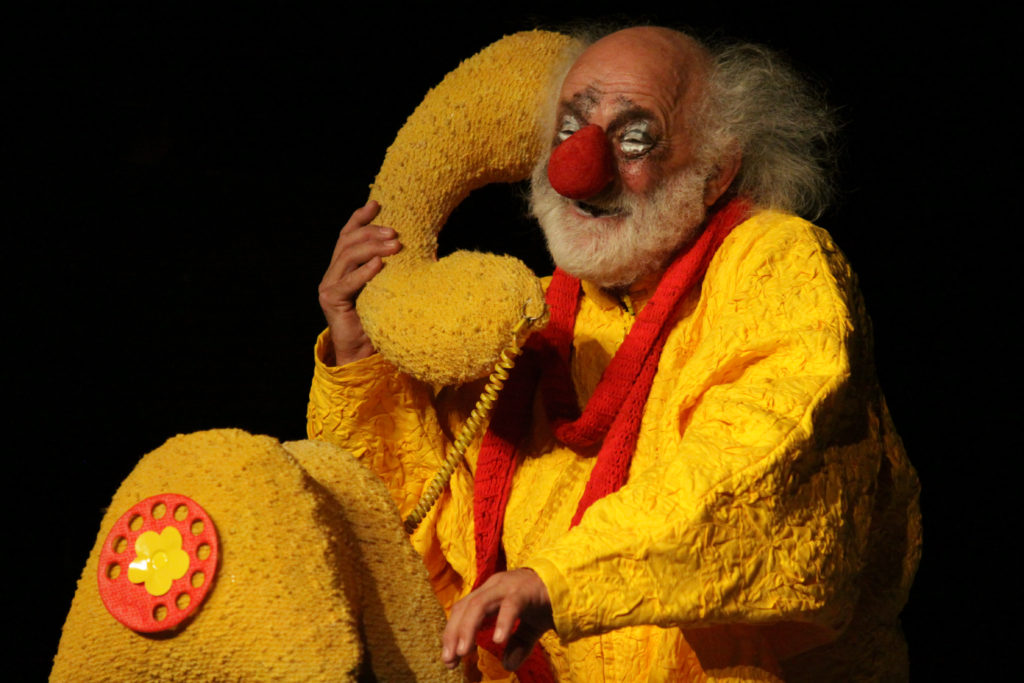 “I wouldn’t want to do anything that won’t bring joy to me, my friends and my audience. That’s how I arrange my entire life, that’s how I put my team together. Celebration is my everyday norm.” – Slava Polunin

Born in a small town in central Russia, Slava Polunin discovered the art of pantomime in high school. As he grew to adulthood in Leningrad, he developed an eccentric version of the form, which he lovingly dubbed ‘Expressive Idiotism.’ From 1979 on, Slava quickly became a fixture on Russian stages and TV, sharing his gifts and continuing to redefine the art of clowning with his poetic and poignant approach to comic performance. This discovery would reach its zenith with Slava’s Snowshow, which burst onto world stages at the 1996 Edinburgh Festival to universal praise and wonder. Since its debut, the work has toured constantly, entertaining more than 7 million people over 7,000 performances, and introducing new audiences and generations to its world of dreams, fantasies, and childlike wonder.

Off-stage, Polunin’s whimsical imagination is brought to life in his home outside of Paris, known as Le Moulin Jaune. Fantastical sculptures and installations transform the yellow castle and surrounding gardens into a dreamscape straight from a fairy tale. Here, Slava’s family, friends, and fellow artists rehearse and contemplate foolish projects, occasionally hosting workshops, festivals, and events.

Slava Polunin is a People’s Artist of Russia, President of the Academy of Fools, the Hans Christian Anderson Ambassador to Russia and director of the St Petersburg national circus since 2013.

The multi award-winning, international sensation blows back into the Great White North just in time for the holidays!

Returning to Toronto for the first time in two decades, the scruffy, disarming troupe of clowns will take audiences on a spellbinding adventure, unleashing full-throttle madness amidst enchanting, contemplative moments before roaring to its legendary finish.

For more than 25 years, millions of audiences around the globe have rediscovered a sense of childlike amazement through the spontaneous and magical antics of this timeless & dazzling spectacle.

From London’s West End to Sydney, from New York to Moscow, individuals of all ages, cultures, and languages have been transported by the world of wonderment conjured by the extraordinary caravan of open-hearted clowns.

Described by the London Daily Telegraph as “a thing of rare theatrical beauty not-to-be-missed,” Slava’s Snowshow ensures this Christmas season will be merry and bright!