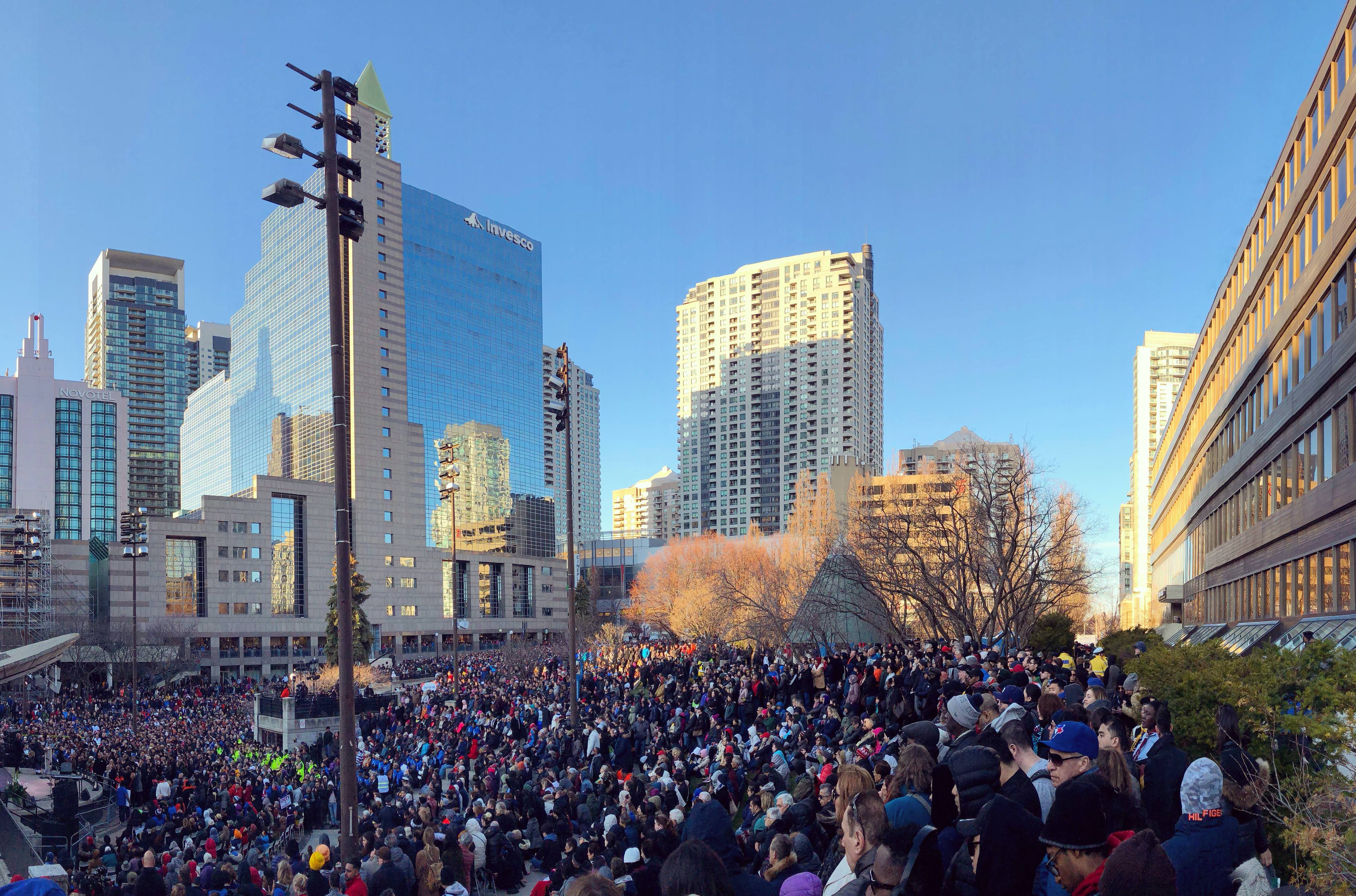 The square hosts a variety of activities throughout the year, but is primarily a quiet space in which to relax or eat lunch.

Surrounded by Yonge Street on the east, the Toronto District School Board headquarters on the south, North York Civic Centre on the west, and the North York Central Library to the north, Mel Lastman Square was intended to be the heart of North York. With its sunken configuration and tree cover, activities can take place away from the busy traffic on Yonge Street.

An artificial stream runs from a fountain under a large sign at Yonge street down into a large concrete square. Planters, trees, shrubs and wooden benches surround the area. A large pond is located in the centre of the square that serves as a relaxing focal point in the summer and a skating rink in the winter.