At ‘Immersive Van Gogh,’ art plus light plus animation plus sound ups the emotional ante of the viewing experience

Imagine feeling enveloped by the famous Vincent van Gogh painting “The Starry Night” or the glorious colours of a giant version of his “Irises.”

That’s part of what you can expect at the exhibit “Immersive Van Gogh,” which has turned a giant room that used to house the Toronto Star’s printing presses into a cavernous art gallery: 600,000 cubic feet with 50-foot ceilings.

The media got the first look on Wednesday morning and I confess I was a bit skeptical going in. As someone who has been privileged enough to see famous art in the flesh, so to speak, around the world as well as here in Toronto, I wondered: could projections of paintings on walls and floors be thrilling?

The answer is yes, albeit in a different way than seeing them in person.

Before we get to that, let’s talk about the who and why of the show. 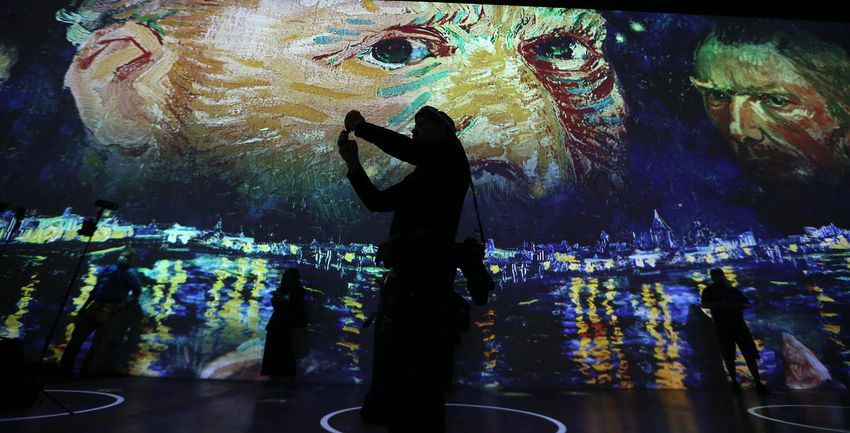 Vincent van Gogh, born in the Netherlands in 1853, dead of a self-inflicted gunshot wound in 1890 in Auvers-sur-Oise, France, is undoubtedly one of the world’s most famous artists. People are drawn to him for the turbulence of his life, including cutting off part of his own ear and spending time in an asylum, as much as for the beauty of his post-Impressionist paintings.

This exhibit came to Toronto after co-producers Svetlana Dvoretsky of Show One Productions and Corey Ross of Starvox Entertainment saw a wildly popular van Gogh show in 2019 at Ateliers des Lumières in Paris. The former iron foundry, opened in 1835, closed in 1929, reopened in 2018, features several immersive art exhibitions a year.

“Going in, I was wondering how is it possible that in a city such as Paris, one of the cultural capitals of the world that offers over 130 of the greatest museums, something like a digital multimedia art space could be so successful,” Dvoretsky told the media Wednesday. “I was so impressed and inspired that when I came back to Toronto I had to put the wheels in motion and try to create a similar institution here.” 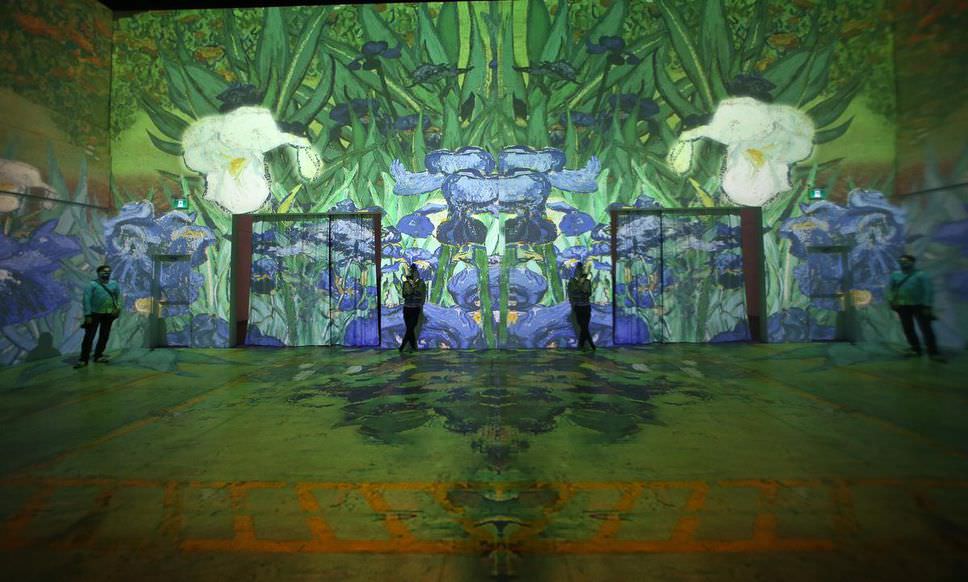 Two of the Lumières masterminds, Massimiliano Siccardi in Italy and Luca Longobardi in Germany, designed the Toronto exhibit, but Dvoretsky noted that it is an original and not a copy of the Paris show.

So what is it exactly?

Well, it truly is immersive. You are surrounded by ever-shifting views featuring about 400 images, including 40 of van Gogh’s paintings, displayed on the massive walls and floors of the room. They are enhanced by lighting, animation and music. The work is anything but static: a page turns in “Still Life With Bible”; the windmill blades rotate in “Le Moulin de La Galette”; the water ripples in “Starry Night Over the Rhone”; the delicate flowers of “Almond Blossoms” float through the air and onto the painting’s branches. 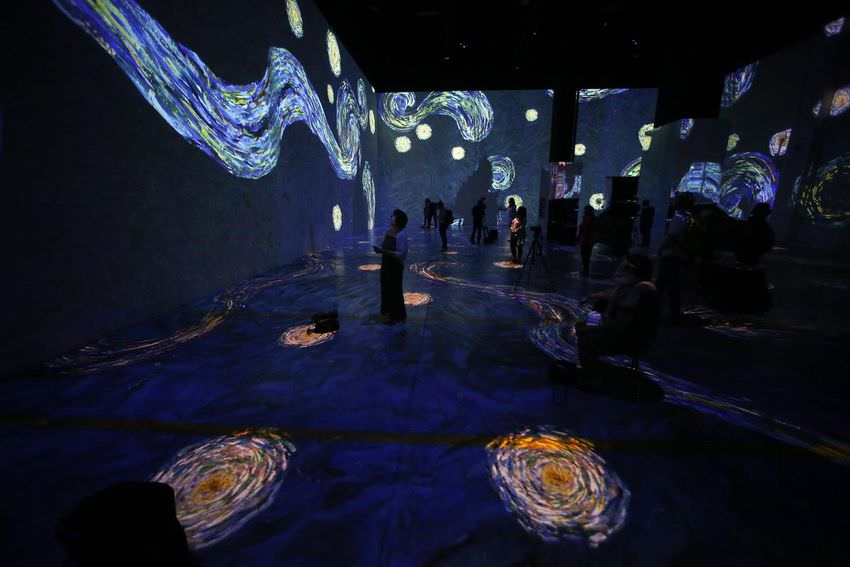 The sheer size of the room means that the paintings are projected at a scale that lets you see brush strokes and blobs of paint. The colours seem especially intense.

You might think this would demystify van Gogh’s work, but I found that it amplified my appreciation for his talent. As I gazed at magnified blades of grass I marvelled at how painstaking it must have been to put multiple colours on each blade, particularly since the original painting is much smaller than the projection.

The show is 35 minutes long and you can’t linger over works the way you can in a traditional gallery, but the combination of art and an evocative soundtrack heightens your emotional response. You can’t help but reflect on van Gogh’s untimely and tragic end, for instance, as self-portraits of the artist fill otherwise dark walls and Samuel Barber’s mournful “Adagio for Strings” plays.

(The audio guide, which was not part of the media preview, includes narration by actor Colm Feore with details about van Gogh’s life and career.) 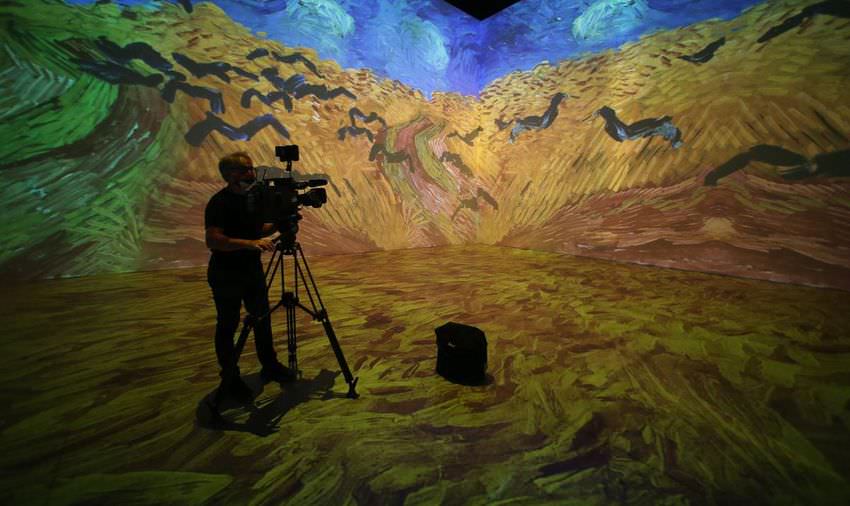