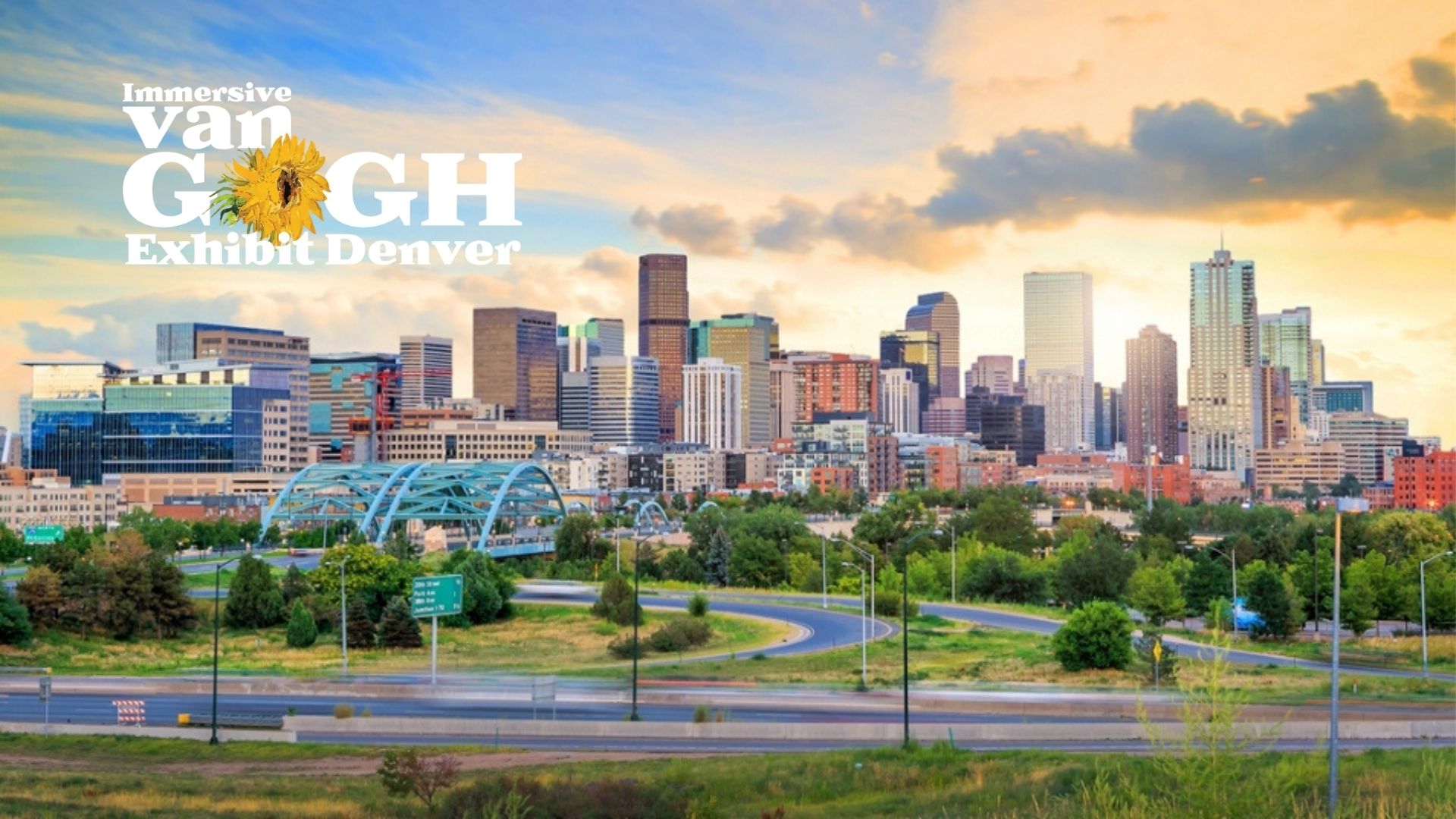 “The Original Immersive Van Gogh Exhibit” arrives with a buzz at Lighthouse Denver, formerly the Regency Hotel. The blockbuster show has already sold 226,000 tickets before its opening date on Thursday and dates through November have “limited availability.” The massive exhibit, boasting 500,000 cubic feet of projected art, has been a hit in other cities, such as New York, Chicago and Dallas.

Along with the two exhibits that have stopped in Denver, several other touring events featuring the painter’s work have popped up in the past year.

Ross says this one, which runs through at least February 2022, stands out. “The Original Immersive Van Gogh Exhibit” was designed by Massimiliano Siccardi and opened in Paris, where it attracted 2 million visitors.

The digital art exhibit features huge projections of Van Gogh’s famous pieces like “Starry Night” and “Sunflowers” as well as hundreds of his other paintings.

But you’re not just seeing them hang on a wall. The exhibit merges video, animation and other technology to offer something “completely different” than visiting a traditional art show.

“It’s more of a sound and light and image show,” Ross said. “It’s tough to describe. You have to experience it to know how captivating it is.”

Hints come from taglines like “Don’t just see the art, feel the art” and “Why look at a painting when you can become part of one?”

Siccardi built the show so that Van Gogh’s pieces meld together. Ross said the creator was inspired by what Van Gogh might’ve seen in his mind in the moments before he died: Flashes of his paintings mixed together.

Van Gogh’s death comes up in most conversations about the artist who died at the age of 37 in 1890. As does his unusual and tragic life, marked by living and being alone.

Ross says his story has resonated in recent months more than ever as we’ve become familiar with quarantining and keeping our distance from people.

That’s because, Ross said, Van Gogh famously struggled with mental illness. And he also created art that “makes you happy and transcends his horrible circumstances.”

Van Gogh created beauty out of hard times. Maybe that’s what has drawn people to his work in many forms over the last 130 years. In 2021, his art appears to be as popular and moving as ever.

Visitors to “The Original Immersive Van Gogh Exhibit” have been known to dance, chasing images projected on the floor. Others cry or find a spot to think. Others stay hours longer than they planned.

Ross said the choose-your-own-adventure aspect of the exhibit often leads to people “getting carried by the spectacle of it.”

“This complete new way of encountering his art,” he said.

When: Opens Thursday, Sept, 30, 2021, and runs through February. The exhibit is open daily and hours of operation vary each month. For more info, visit denvervangogh.com.

Price: For tickets, starting at $39.99, denvervangogh.com.