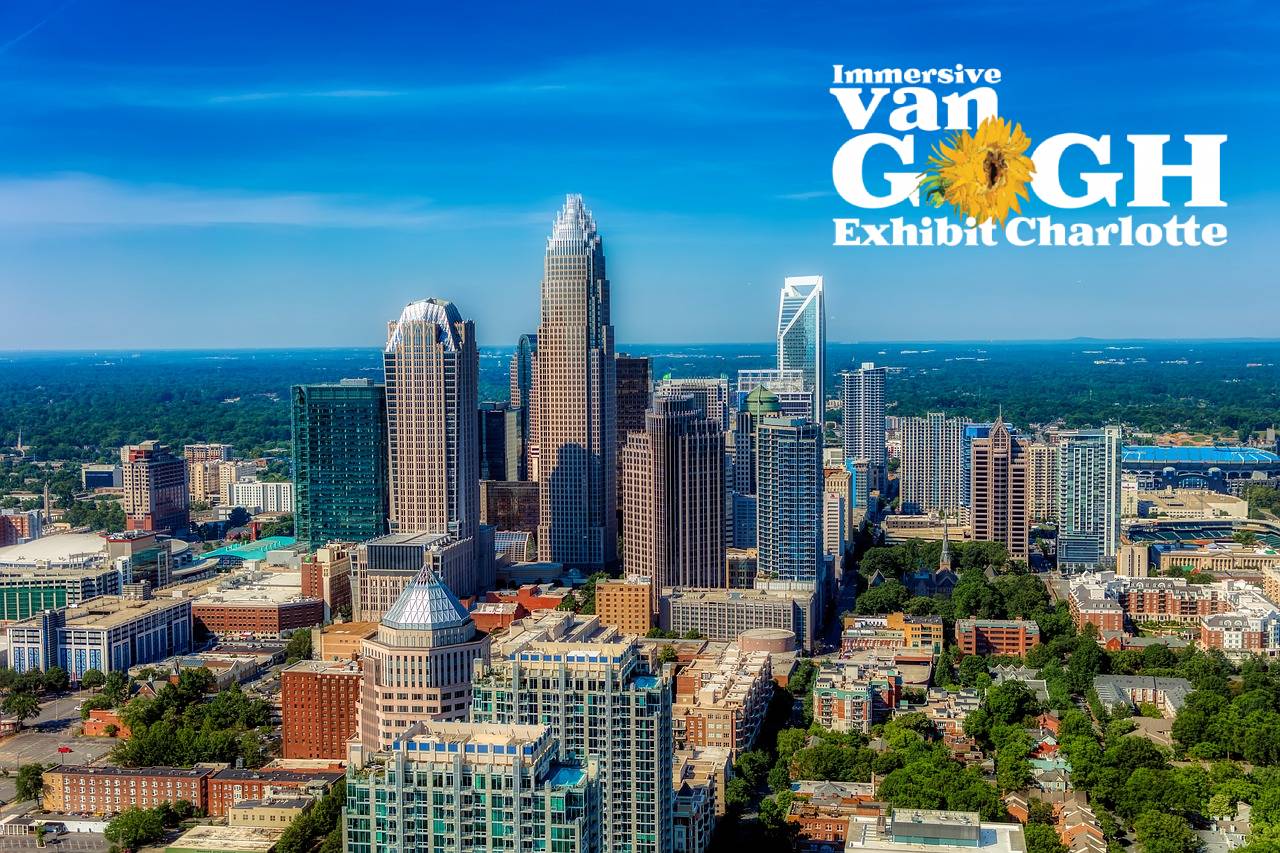 A troubled artist who died 131 years ago in northern France is about to become one of the hottest tickets in Charlotte.

Organizers of the popular Lighthouse Immersive traveling “Immersive Van Gogh Exhibit” on Thursday released the dates, timing for when tickets will go on sale and related information for the show headed to Charlotte this summer.

Vincent Van Gogh created some of the world’s most recognizable paintings. The upcoming digital art exhibit lets people step into the Dutch post-impressionist’s world of Sunflowers, The Starry Night, self portraits and much more.

▪ Ticket prices: Adult tickets range from $39.99 to $99.99, and tickets for kids ages 6 to 16 start at $29.99. Children younger than 6 are free. Admission is reserved by day and time. The $99.99 ticket includes priority access, flexibility to arrive up to two hours before or after the time on their tickets and specialized Van Gogh souvenirs.

▪ Location: Camp North End’s historic Ford Building, which dates to 1924 and once was a manufacturing site for Model T and Model A cars. During the Cold War, the plant was the only factory in the country to manufacture the Nike Hercules Missile. The building was designated a local historic landmark last year.

The show is partnering with Blumenthal Performing Arts for its Charlotte run. There are no other cities in the Carolinas listed as being a destination for the tour.

Designed and conceived by artistic director Massimiliano Siccardi, the exhibit projects Van Gogh’s landscapes, flower still lifes and other works onto over 500,000 cubic feet, highlighting brushstrokes, detail and color through towering projections of art supplemented by light, music and movement.

It pulls the experience together with a soundtrack by Italian composer Luca Longobardi, both of whom have worked on immersive digital art experiences in France.

In an interview, Blumenthal President Tom Gabbard said he expects the show will be very popular here, and also benefit from the timing of vaccines becoming more prevalent and people looking for something different to do safely.

“We’re all eager to restart, and yet we know from our research that people want it done safely,” he said. “It’s been designed with COVID safety in mind.”

Social distancing circles will be placed on the floor of the exhibit space to provide COVID-19 safety at Immersive Van Gogh. Michael Brosilow LIGHTHOUSE IMMERSIVE

He expects there to be a big appetite for the show in Charlotte, saying “We’re really encouraged that Charlotte is ready and eager to see it.”

But will it be a hotter ticket than “Hamilton,” when that Broadway smash debuted here in 2018? “From your keyboard to God’s ears,” Gabbard said. “This thing is just incredibly popular. it’s just beginning to roll out… It’s establishing something entirely new that, quite frankly, I’m hopeful we’ll see more of. “

The exhibit headed to Charlotte drew over 2 million visitors in Paris, and had sold-out runs in Toronto, Chicago, Los Angeles and San Francisco.

It helped build anticipation in cities such as Phoenix — and Charlotte — by withholding its location and dates at first while popping up in lots of Instagram, Facebook and other social media feeds.

Van Gogh is so hot, there are no less than five immersive Van Gogh shows on tour now, the New York Times reported. That led to some confusion for some people buying tickets to the wrong shows, the paper said.

These Van Gogh exhibits have been featured on network news shows and the popular Netflix series “Emily in Paris.”

The Immersive Van Gogh Exhibit involves an hour-long walk-through via a timed entry.

People can walk all throughout the exhibit, Gabbard said. But if visitors want to stop, they have to be in one of the socially distanced circles plotted out on the floor.

On Twitter, the exhibit said it has had over 170,000 visitors for its Toronto show and no reported cases associated with the exhibition, noting, “Safety is our #1 priority for all guests attending Immersive Van Gogh.”

This will not be the first time that the famous and famously troubled artist has made for an immersive experience in Charlotte.

In 2014, Discovery Place hosted “Van Gogh Alive.” That exhibit featured more than 3,000 images of Van Gogh’s paintings, sketches and letters splashed digitally from wall to floor in the Charlotte museum.