Library at Night in Toronto 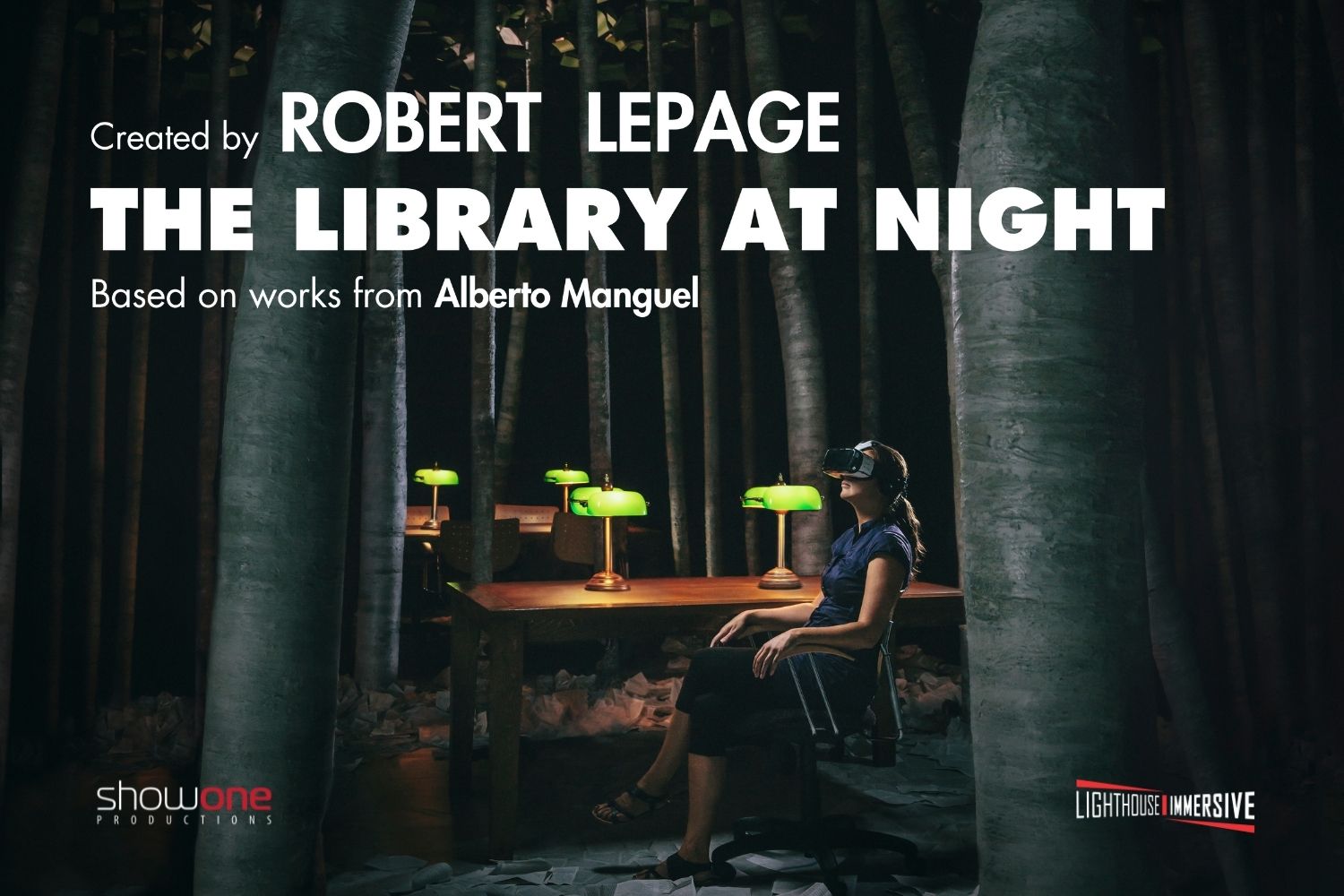 THE LIBRARY AT NIGHT TO TORONTO

Based on the work of Alberto Manguel

Every library carries with in it a method of the mind, a mirror of the creators – an order. At night, books disappear into the shadows, assert themselves into your circle of light.

Inspired by Argentinian Canadian writer Alberto Manguel’s acclaimed 2006 book The Library at Night – which explores the theoretical, architectural, and social dimensions that underlie any library’s existence– the exhibit was initially designed by Lepage and his production company Ex Machina to celebrate the tenth anniversary of Montreal’s Grande Bibliothèque in 2015. THE LIBRARY AT NIGHT has since toured internationally including stops in Brazil and Paris, as well as an engagement in Quebec City, now arriving in Toronto, the city Manguel made his Canadian home from 1982-2000.

An immersive scenographic and virtual experience, THE LIBRARY AT NIGHT is dedicated to the poetic, artistic, historical, and philosophical universe of libraries. Employing VR headsets and 360 video immersion technology, the exhibit takes you inside reconstructed or fictional libraries from different historical moments and corners of the world.

“I’m very happy this project is finally coming to Toronto,” comments Robert Lepage. “The initial inspiration for this experience is the work of Alberto Manguel, who lived in Toronto for almost twenty years, during which time he was an important literary life force in the city.  It’s exciting for me to think that Alberto’s work is finally going to be celebrated in the Canadian city that he made his home.” 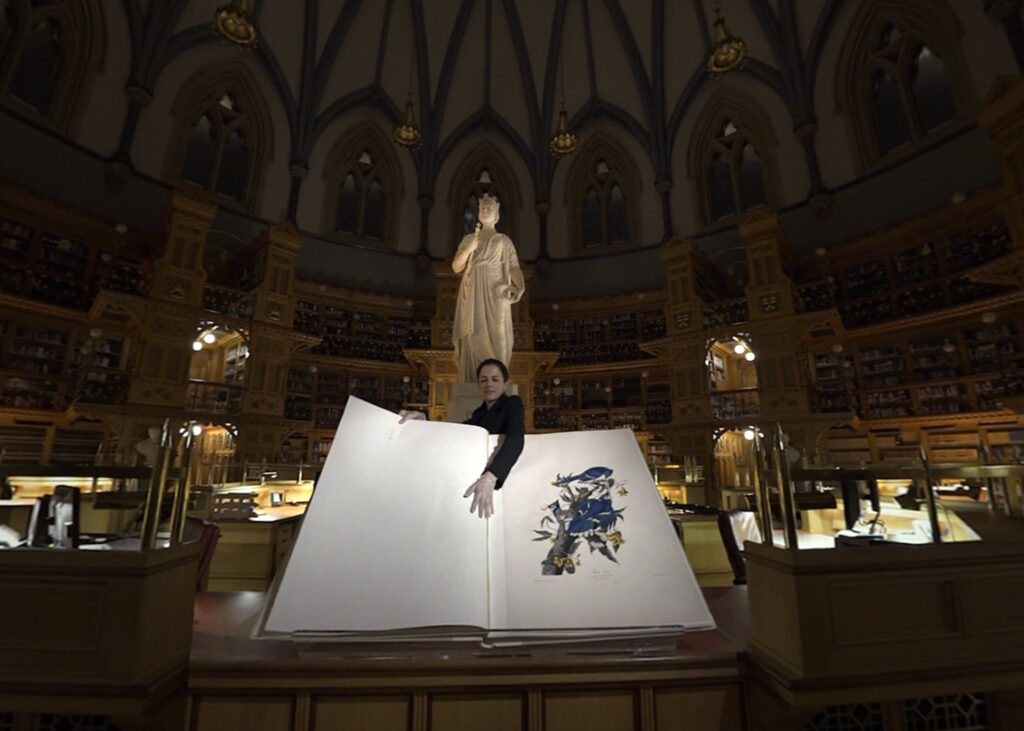 Speaking to his enthusiasm to partner with Lighthouse Immersive Lepage adds, “A company devoted to immersive art is a necessity. It’s a meeting point for so many other art forms. It’s brilliant that you have a place in Toronto, where you don’t just come to see paintings or dance but have an experience at a whole other level.”

“It is an incredible honour for us to present the Toronto premiere of this poetic and moving experience by one of not just Canada’s but one of the world’s most innovative artists, Mr. Robert Lepage,” says Lighthouse Immersive producer Svetlana Dvoretsky. “This work both takes visitors inside the incredible imagination of author and thinker Roberto Manguel and into the mythic history and symbolism of libraries. At a time when we have been isolated and largely tethered to our homes, the experience is a journey through words, imagination, and across the world.”

Lighthouse Immersive producer Corey Ross adds, “Something else that really excites us about bringing this experience to our Toronto facility is that it yet again offers another completely different take on what immersive and new media art experiences can be. I am very proud of the range of experiences we have been able to share with patrons in the last year and half – from IMMERSIVE VAN GOGH, to IMMERSIVE NUTCRACKER, to Guillaume Côté’s immersive and live dance work TOUCH – we are presenting work for a range of audiences and from a wide array of artists.” 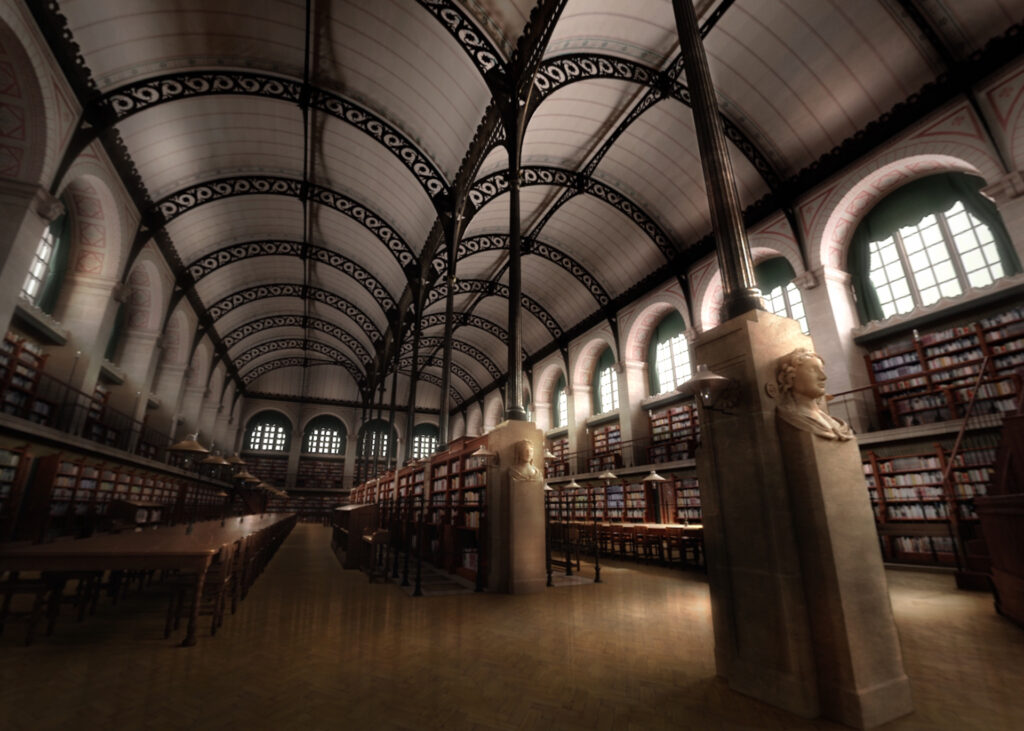 The experience begins in an antechamber, a reproduction of Alberto Manguel’s personal library, bringing the visitor into the author’s universe and introducing them to the library of his imagination.

Participants then transition into a second environment – a large mythical forest. Here, the most significant sensorial experiences take place, as visitors explore a mysterious and otherworldly environment teeming with trees that contrasts with the order and rigour that characterize libraries. At stations in the forest, visitors are then transported by means of virtual reality, through time, and around the world, to 10 mythic libraries – and on an immersive and sensory adventure engaging the heart, intellect, and memory.

In keeping with the best-in-class COVID safety protocols that have defined Lighthouse Immersive’s productions for the last two years, the experience is designed for small, physically distanced audiences of a maximum of 20 people per time slot.  High touch surfaces will be regularly sanitized, and the VR headsets used in the exhibit also thoroughly sanitized between uses.

Tickets for THE LIBRARY AT NIGHT available at www.libraryatnight.ca