Review of Recital: An Evening In Paris

When Lucas Debargue was 14 years old, he decided that life was too short to spend all of it at the piano. While other serious music students were spending those foundational years practicing 6 hours a day, M Debargue was writing papers on Rousseau’s ‘Emile’ and contemplating Kant’s “Critique of Pure Reason” for his philosophy class at the Paris Diderot University.

But, at age 20, he did an about face and sat back down at the piano, where he has remained. In a few short years he accomplished the unthinkable: he placed 4th in the Tchaikowsky Piano Competition which launched the beginning of what is now a formidable career.

There is something of Glenn Gould’s iconoclasm in the way M Debargue approaches music. One gets the sense that he learns a piece far away from the keyboard, studying the score until he forms a clear mental picture, imagining the architecture of the work with its dimensions, scaffolding, and materials. He doesn’t so much play the piano as conduct it.

The results are some startling interpretations of the standard repertoire. Like Gould, he eschews tradition, preferring to treat the “classics” as new works. So, for example, his reading of a Mozart Sonata (No. 8 in A minor, K. 310) had surprising moments of emotionality, and a romantic fervor that in other hands would seem inappropriate. Conversely, his performance of three rarely heard Chopin works (Ballade No. 2, Op. 38; Prelude Op. 45; Polonaise-Fantaisie Op. 61) was treated with a classical sensibility. He revealed the subtlety of the harmonic language instead of showcasing the technical prowess the works demand.

His mastery of the keyboard was on full display in the final work of the program. He introduced the audience to the work of Charles-Valentin Alkan, a 19th Century French composer whose music is no longer current. M. Debargue chose Alkan’s Concerto for Solo Piano, a contradiction in terms as concertos are always written for a solo instrument and orchestra.

Here, he was in his element as both soloist and orchestra.   At times, he created so much sound, his fortissimo so explosive, that if you took your eyes off the stage, you could be fooled into thinking he was not alone. Then he would surprise you with delicate, lyrical pianissimos.

The program was conceived as a kind of investigation of the development of the piano repertoire in the late 18th to early 19th Centuries. In the span of just 80 years, from the Mozart written in 1778 to the Alkan from1857, with Chopin in between, we have a taste of just how dramatic was the evolution of the art.

There was no one better to guide us through than the brilliant Lucas Debargue. 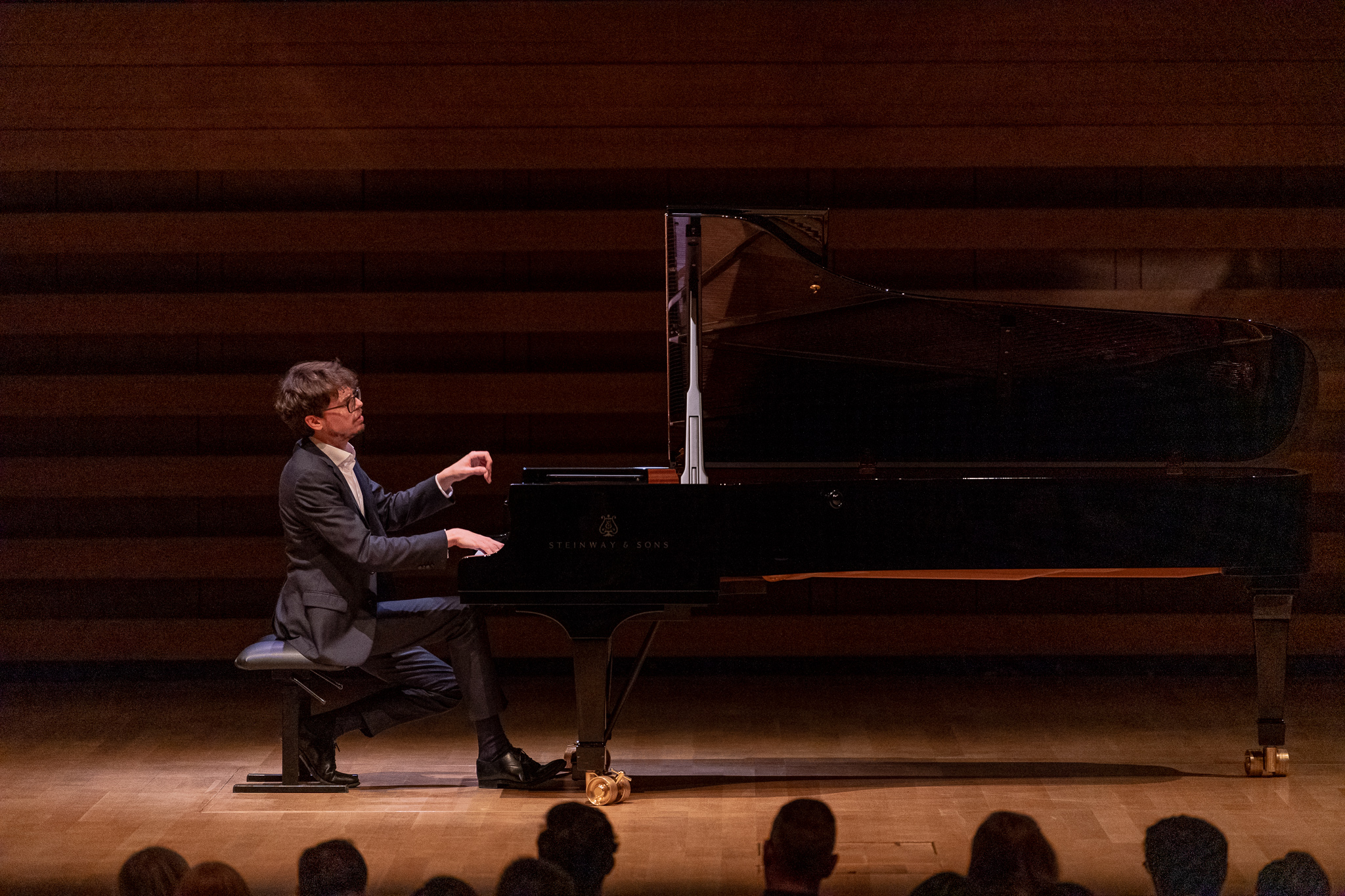