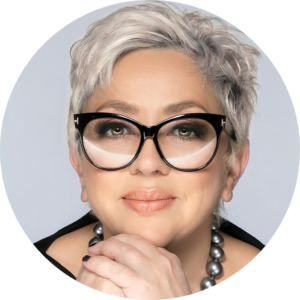 1998 — Svetlana Dvoretsky immigrated to Canada from St. Petersburg, Russia with a dream to become a producer in the performing arts. While looking for a job in the arts, she worked in retail and business development.

2003 — After five years of searching for her ideal job in the arts, Svetlana finally decided to strike out on her own business. In April 2004, Show One Productions was created.

October 2004 — Show One launched its first official concert, which featured the Moscow Virtuosi and Vladimir Spivakov. The concert was met with critical acclaim and hail ed as a great start for the company.

2007 — Show One expanded to produce shows in other major Canadian cities and organizes its first major Canadian tour for the world renowned opera star, Dmitri Hvorostovsky (along with the Moscow Chamber Orchestra and a choir which featured over 120 musicians). In the same year, Show One presented an unprecedentedly unique project: transforming a theatre stage into an ice-rink for the St Petersburg Ballet on Ice. The first of its kind in Canada.

2008 — Show One began presenting more ethnic programming with theatre companies from Russia and Israel, including singer-songwriters and rock musicians. The company became a major producer in the Russian community, influencing production trends in the industry. Show One also expanded its workforce and welcomed two producers — Boris Groisman and Anna Kharhourin — who helped to increase the number of shows per season and developed the company’s influence in the Russian market. 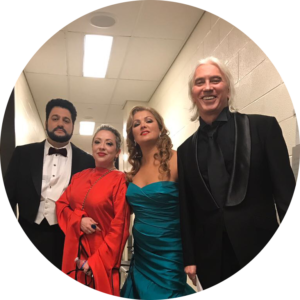 2009 — Show One suffered serious financial losses during the 2008 economic crisis. Despite losing its investor, the company was able to stay afloat thanks to a lean operation, eventually paying off its debts and returning to business as usual. Highlight production: Mariinsky Orchestra. 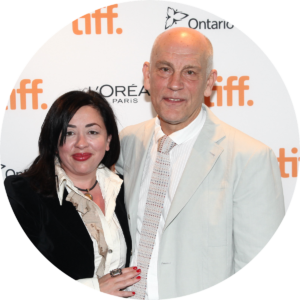 2015 — Svetlana received the Order of York, presented to her for the leadership in Arts and Culture. At the end of that same year, Svetlana was diagnosed with cancer. She continued to run Show One Productions while undergoing treatment. With the help of a great Show One team, the company never cancelled a show during that season.

2019 — Show One joined forces with StarvoxEnt and began the development of the first Immersive Exhibit that will premiere in Toronto in summer 2020: “This major project is meant to change the landscape of Toronto, adding a permanent feature and taking a lead in presenting different art forms. Show One and Starvox formed a company  – Lighthouse Immersive – which has a long term plan to roll out these types of exhibits around the world. The Toronto exhibit was originally planned to open on May 1, 2020, but due to unprecedented circumstances related to the pandemic – the Immersive Van Gogh Exhibit will instead open as the worlds first Drive-In Art Exhibit on June 18. It will be available as a Walk-In exhibit when it’s possible do so. We are impatiently waiting to return to concert halls and theatres…but in the meantime, we plan, develop, create and keep the fire going, always!” — Svetlana Dvoretsky.