The Cherry Orchard premiered in January 1904 at the Moscow Art Theatre, only six months before Russian author Anton Chekhov died. The play tells the story of an aristocratic Russian woman who returns to her family estate with its huge, beautiful cherry orchard – just before it is auctioned off due to the family’s financial difficulties. The play was partly inspired by events in Chekhov’s own life and dramatizes Russia’s socioeconomic situation in the early twentieth century, focusing on topics such as the rise of the middle class, the abolition of serfdom, and the end of the aristocracy.

The Cherry Orchard, Chekhov’s final comedy, was a huge hit in Moscow, and went on to be performed in many other cities in Russia and around the world. Along with The Seagull, Three Sisters, and Uncle Vanya, it is now widely known as one of Chekhov’s best plays. 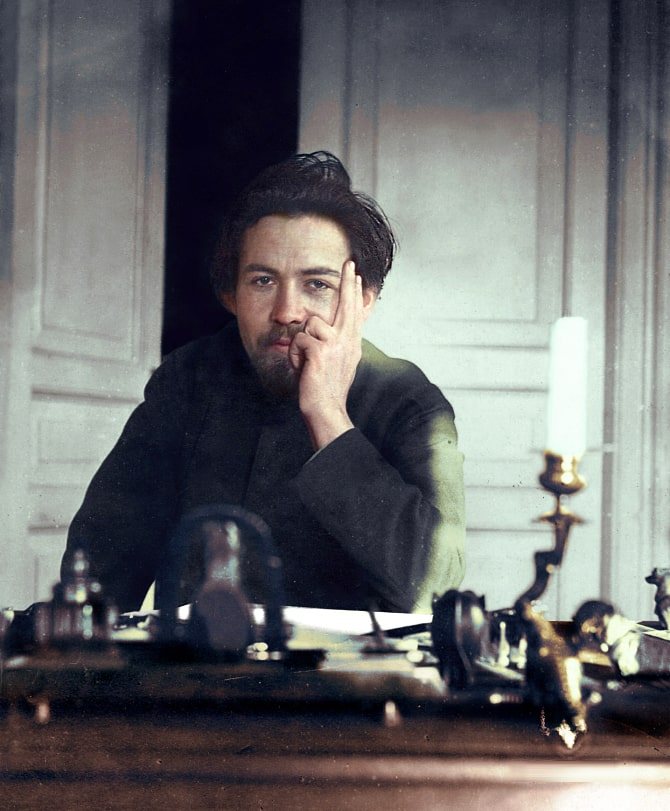 Chekhov’s mother went into debt when he was 16 years old, after being duped by some builders she had hired to build a home. Her former lodger promised to assist her, but then went ahead and bought the house for himself behind her back. The lodger may have “supplied the future author with a theme, the loss of a family home, which was to inspire his play The Cherry Orchard a quarter of a century later,” according to Ronald Hingley, a Chekhov biographer. 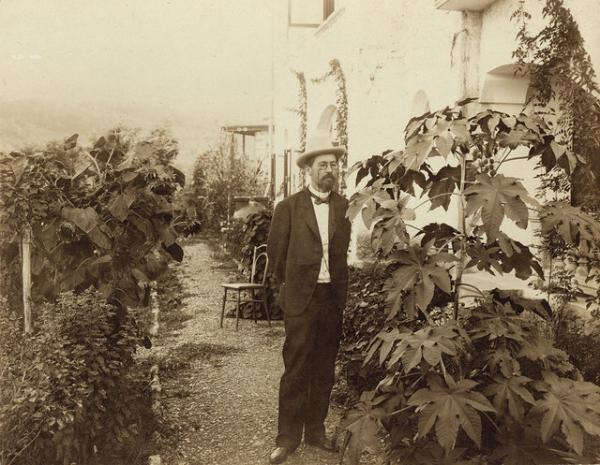 Many of Chekhov’s works, like The Cherry Orchard, deal with the beauty and devastation of nature. Chekhov’s fascination with nature and ecology dates back to his youth in Taganrog, a tiny port city in southern Russia. According to one biographer, the natural features of Taganrog “left the imprint of the south in Chekhov’s work: the recurrent imagery of steppe, sea, and cherry trees… Chekhov’s vision of nature as an Eden undisturbed by man dates from his childhood experience.” 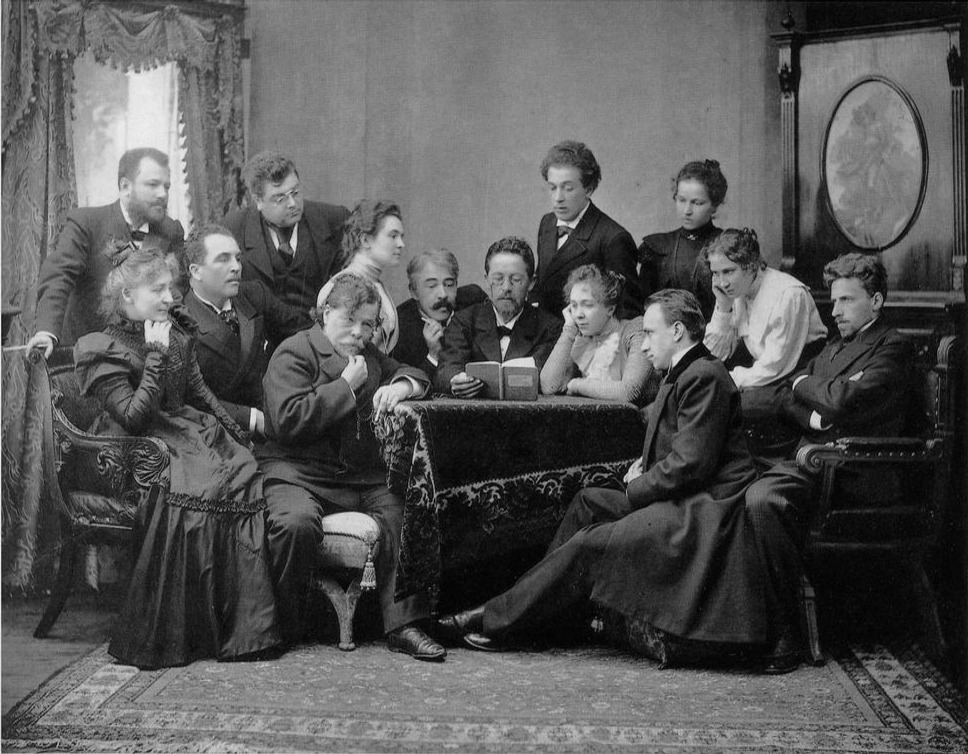 Chekhov managed to write only a line or two a day while writing The Cherry Orchard, as he was mentally ill and experiencing depression. He wrote that he was discouraged at times – “I’m starting to lose hope. I’m beginning to believe that I’ve outlived my usefulness as a novelist, and that every sentence I scribble serves no purpose.”

In October 1903, he finished the play and submitted it to the Moscow Art Theatre. In a letter to his wife, he wrote: “I didn’t write it all in one sitting, but over a long period of time, so it’ll probably sound a little confused… How difficult it was for me to compose the play, darling!” 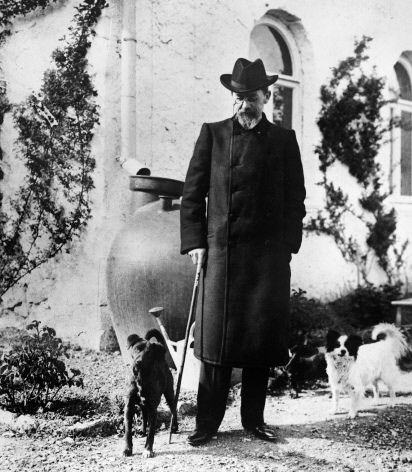 Chekhov had had tuberculosis since he was a child, but it hit him particularly hard when he was writing The Cherry Orchard. He was “interrupted by bouts of coughing, diarrhea, failure to eat, and exhaustion” while working. Only six months after The Cherry Orchard premiered at the Moscow Art Theatre, he died of tuberculosis in July 1904. 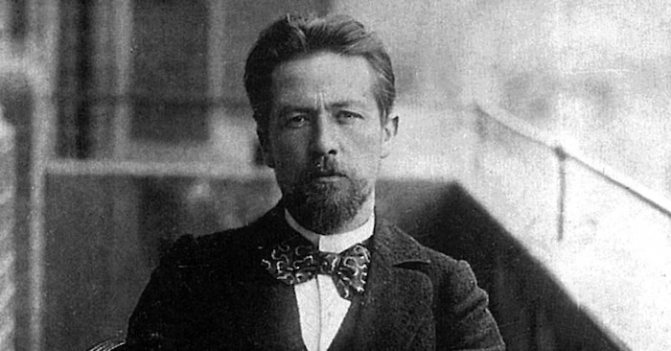 Chekhov’s closest friends and family knew very little about his work. Neither his family nor the Moscow Art Theatre knew anything about the play until summer of 1902, not even the title. When he eventually told his wife the title of the play, he did it in hushed tones, as if to keep it a secret. 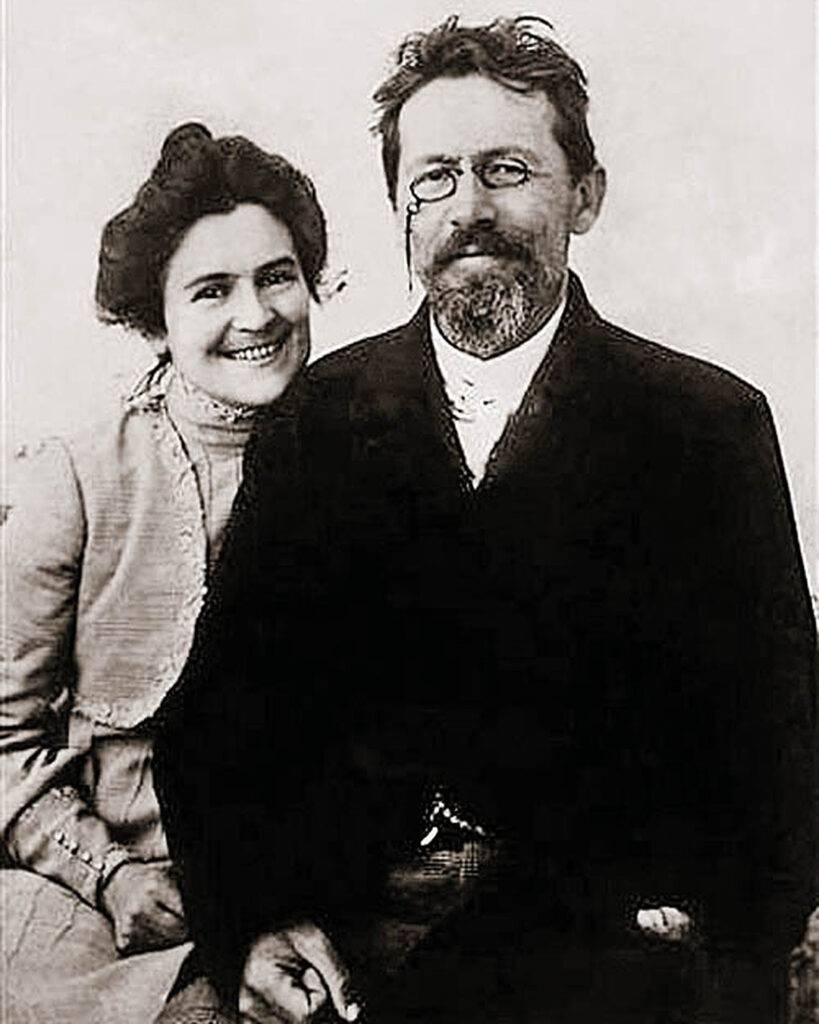 In January 1904, Olga Leonardovna Knipper-Chekhova, who had been married to Anton Chekhov since 1901, starred in the original Moscow Arts Theatre production of The Cherry Orchard. Chekhov died later that year, but Knipper-Chekhova went on to have a long and fruitful acting career with the Moscow Art Theatre. In 1943, when the theatre celebrated the play’s 300th run, she reprised her role as Madame Ranevskaya.

In the play’s first production in 1904, director Konstantin Stanislavski interpreted the play as a tragedy, removing much of Chekhov’s comic elements. Chekhov despised Stanislavski’s version, saying that it had destroyed his play. In a letter, he expressed his dissatisfaction:

Anya, I’m afraid, shouldn’t have a tearful tone… My Anya never cries, and I never talk of a tearful sound. There are tears in their eyes in the second act, but the tone is cheerful and vibrant. Why did you mention so many tears in my play in your telegram? What happened to them? ‘Through tears’ is a common phrase, but I’m referring to the look on their faces, not tears. And in the second act there is no graveyard. 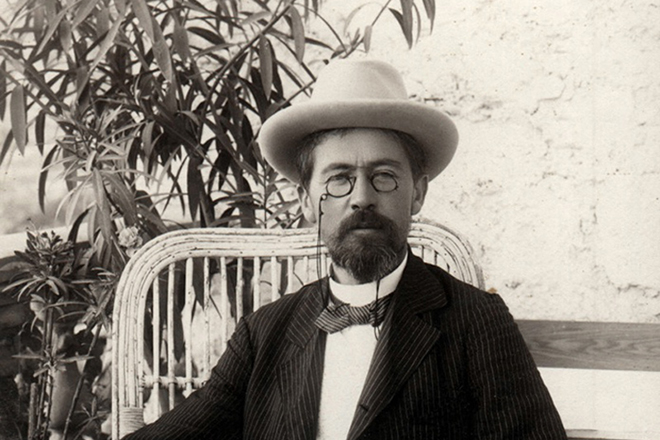 Trofimov’s character, according to one critic, is used as a mouthpiece for socialist ideas. Former serfs are sympathetic to Trofimov, who criticises the ruling class for being disrespectful to servants and treating peasants “as animals.” He also compares Lopakhin, a former peasant who rises through the ranks of the bourgeoisie, to “the beast of prey, devouring anything that crosses its way.” 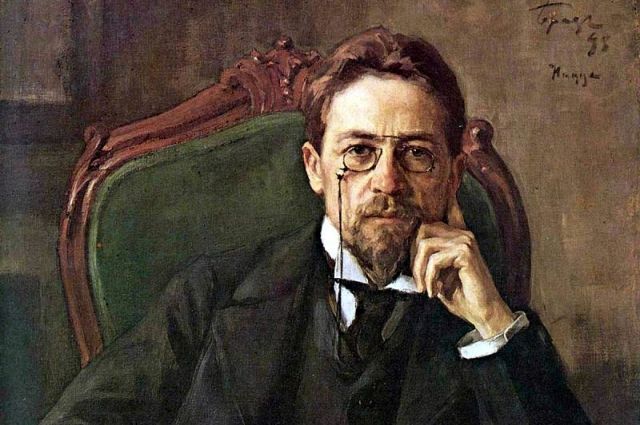 “Chekhov’s gun” is a dramatic principle derived from a piece of writing advice given by Chekhov to other authors. Extraneous information was discouraged by Chekhov:

It’s not a good idea to bring a loaded rifle onto the stage if no one is planning on shooting it… If you mention a gun hanging on the wall in the first chapter, it must go off in the second or third chapter. It shouldn’t be hanging there if it’s not going to be shot.

Despite this, a minor character in The Cherry Orchard wields a revolver and boasts, “I still have a revolver on me.” He never fires it, however. “There isn’t a single pistol-shot in the entire play,” Chekhov himself claims. 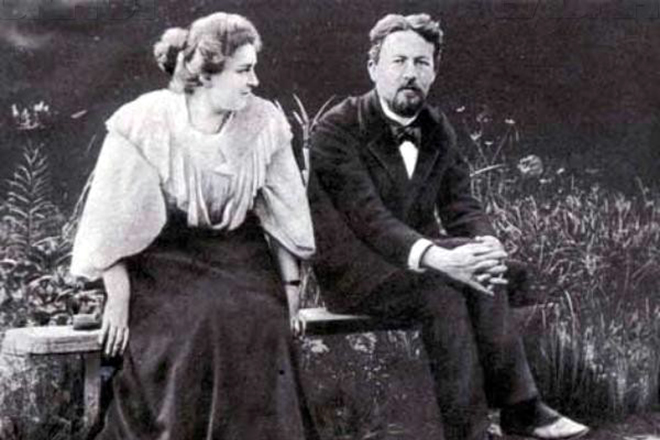 When Chekhov lived on a country house near Moscow, he became interested in gardening and planted a cherry orchard. Later, after he moved to Yalta, a seaside city on the Crimean Peninsula, he was upset to find out that the new owner of his former property had cut down most of his cherry orchard.

We invite you to join the FREE live performance – chekhovOS / an experimental game / – that will take place on June 20 and June 24, 2021. This Live theater will be performed online and available to anyone who has booked their seat.

Follow the link for all details and booking info: https://showoneproductions.ca/event/chechovos/