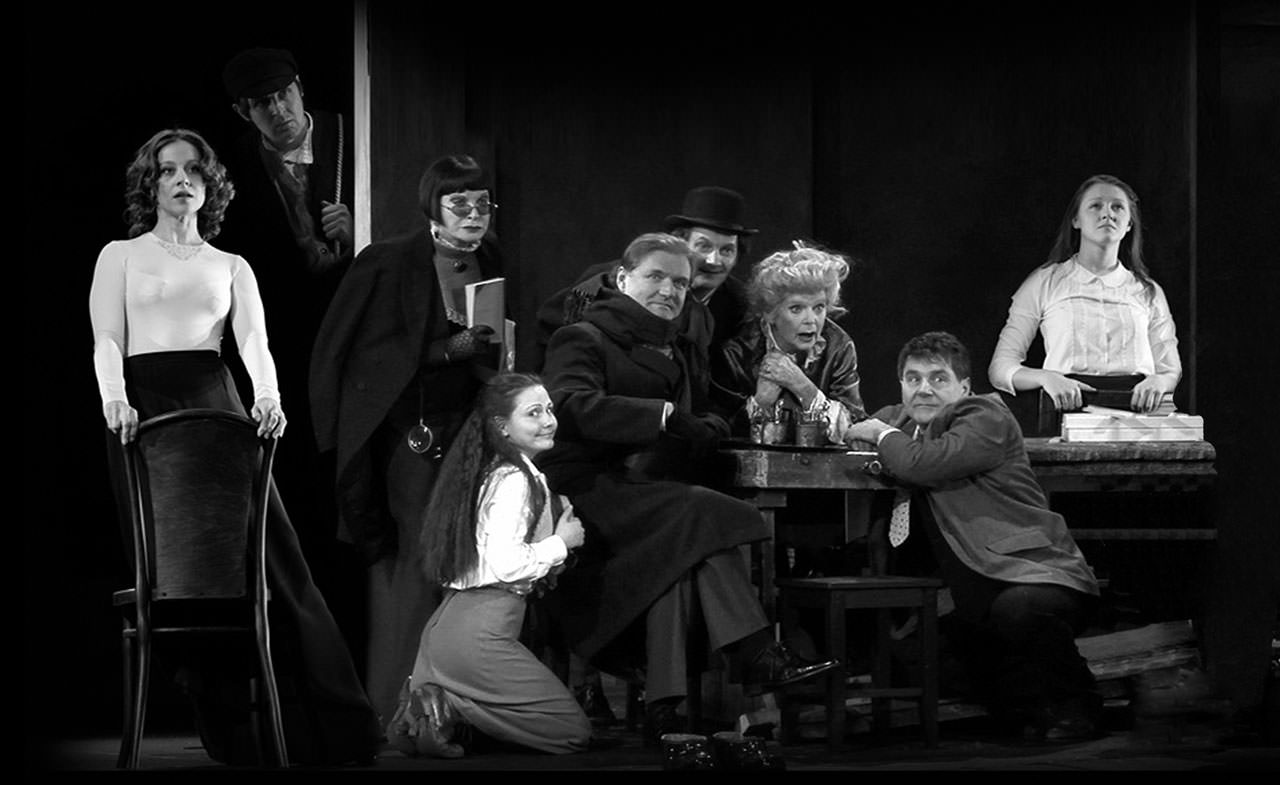 Pure brilliance was formed last night in the John Bassett Theatre, when the intense text of Anton Chekhov met the meticulous techniques of the Vakhtangov State Academic Theatre of Russia. I am most certain that Rimas Tuminas’ direction of Uncle Vanya, in addition to the roaring sound of applause, summoned both Vakhtangov and Chekhov from the grave to admire this true piece of art.

Uncle Vanya, a slice-of-life play focusing on the absurdity of life, contains many drawn out dialogues, which requires the strictest focus and appreciation. The Vakhtangov Troop helps the audience relate to such absurdity through grand emphasis on movement, action, and specific conduct. A true sign of this production’s success is the audience’s consistent nervous laughter whenever such a combination would occur. It shows that the Vakhtangov Troop touched the very essence of human psychology, whereby discomfort draws us to dispel our discomposure with petty laughter.

Most notable was the interaction between Uncle Vanya (Sergey Makovetskiy) and his niece, Sonya (Maria Berdinskikh). These two characters represent the same ideology, but from two distinct generations. Both Vanya and Sonya want something more in life: they want to spread meaning, love, and beauty, instead of dealing with the monotonous pangs of daily work. However, Vanya is old. He has spent twenty-five years working the Estate’s fields, ensuring that The Professor (Vladimir Simonov) has enough money for his works and research. Sonya, on the other hand, is still a young girl with naïve ambitions.

With this construct in mind, it was amazingly powerful when Berdinskikh gave the play’s closing speech. As Uncle Vanya complains one last time about how tired and miserable he has become, Sonya grabs him by the collar and gives the most heart-wrenching speech of her acknowledged despair: about how she too lives miserably, though she never gives up hope that, someday, God will smile upon her and she will rest.

The remarkable beauty of Berdinskikh and Makovetskiy’s interaction in this scene lies with their use of the Vakhtangov absurdity. During her speech, Berdinskikh incorporates vivacious movements by swinging her arms and jumping on the table, among other actions, while Makovetskiy stays completely still. After her speech, Sonya rises, pulls Uncle Vanya onto centre stage and tries to dance with him. But Vanya is stiff – almost robotic.

In that stiffness and purposeful manner, Makovetskiy represents how empty Uncle Vanya has become, that despite even the most powerful of speeches, he remains cold. And when Sonya gives up, lying stretched-out on the table, he slowly and robotically walks backwards, disappearing into darkness.

Adomas Yatsovskis’ construction of the stage helped with more than just this scene. Relatively simple in its substance, with a couch at stage left and a wooden table with chairs at stage right, the ingenuity of this stage came from Maya Shavdatuashvili’s lighting. The stage front was illuminated, so as to create a shadowy backdrop; this way, when characters would appear or disappear, they would do so almost stealthily, without attracting too much attention.

I strongly recommend this production to everyone. Although it is entirely performed in Russian, there are running subtitles above the stage, making it easy for English-speaking audiences to follow.