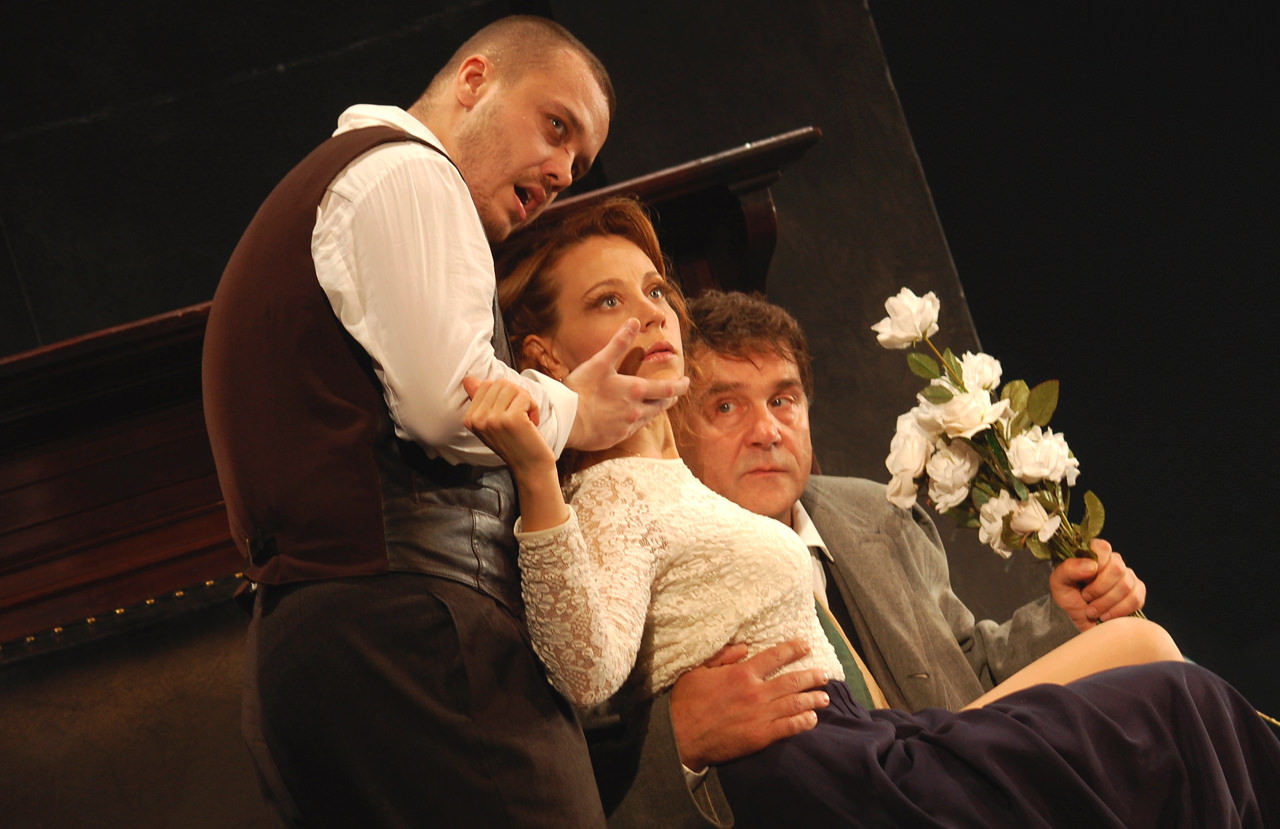 I’ll admit that I approached seeing Uncle Vanya, the classic play about a family caught between between tradition and transformation, with trepidation. The play written by Russian playwright Anton Chekhov was performed during the 2017 Luminato Festival in Russian by Moscow’s Vakhtangov State Academic Theatre.

Seeing a play in a foreign language, even with surtitles, isn’t exactly the same as watching a foreign film — unless you’re entirely focused on the content at hand the entire way, there are moments and bits of dialogue that ultimately go missed and I lacked the rewind button to recapture the moment.

In Uncle Vanya, Aleksandr Vladimirovich Serebryakov (Vladimir Simonov) returns to his family estate with his new and much younger second wife Elena Aldreevna (Anna Dubrovskaya). Elena’s allure quickly captures the attention of both Ivan Petrovich Voynitsky, aka Vanya, (Sergey Makovetskiy), brother of the professor’s late first wife, and Mikhail Lvovich Astrov (Artur Ivanov), the local doctor, who vie for her attention despite her being married. Meanwhile, Sophia Aledsandrovna aka Sonya (Eugenia Kregzhde), the professor’s daughter from his first wife, is plagued by her unrequited feelings for Dr. Astrov. Matters take a turn when the professor decides he intends to sell the estate, the place Sonya and Voynitsky call home, in order to reap the profits for a higher income.

Back when I studied acting, I read Anton Checkhov‘s work but I never had the opportunity to see any of his works performed on stage. The initial draw to attend this show was the chance to see Uncle Vanya in long form on stage, the Russian language aspect notwithstanding. As I began settling into the show, I couldn’t help but feel that I had fallen out of my element.

There were certain elements to the production that left me bewildered and scratching my head. I’m not quite sure if these are products of Chekhov’s aesthetic as a playwright or of Russian theatrical customs.

For one, I noticed that a few scenes seemed to drag on for much longer than I am accustomed to in North American plays — where conversations would continue beyond where I believed a point was reached and I noticed this more within the first act. These are the moments where my mind and eyes would begin to drift and I’d miss out on bits of the dialogue.

I also found myself puzzled by the out-of-place transitions in what came off as the end of a few serious scenes — case in point, when the cast stood in a line and simultaneously paced up and down the stage repeatedly. I’m not entirely sure why these transitions were put in place.

With all that being said, I can’t say I didn’t enjoy the production, just that there were quite a few parts and moments that lost me, and why writing this isn’t coming so easily. I did like the performances by the actors.

I thought that Dubrovskaya’s portrayal of Elena was both charismatic and intriguing when she interacted with Dr. Astrov and Vanya but then platonic and yet patronizing when interacting with Sonya. Ivanov delivered a strong and intense performance as Dr. Astov. Kregzhde’s portrayal of Sonya often came off as pained and anguished which I guess is generally the case for a young girl suffering from unrequited love for an older man.

I was happy to see that the Sunday night performance I attended was indeed sold out — a great feat as the venue for the evening was the John Bassett Theatre at the Metro Toronto Convention Centre. The majority of the audience was, quite obviously, part of the Russian community and it became clear that this production of Uncle Vanya was predominantly marketed with the Russian community in mind.