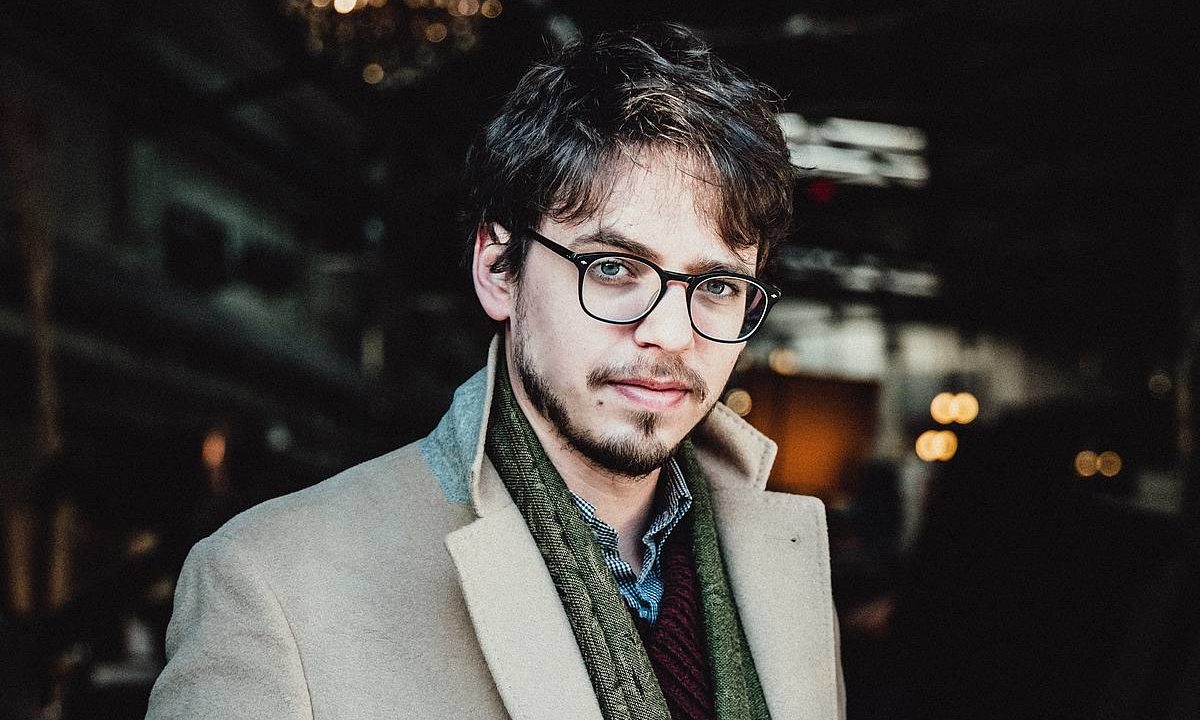 “I never thought of music as a job,” says pianist Lucas Debargue.

Job? No. Glittering career? Most certainly, for the 29-year-old French pianist who is something of a media sensation. He’s kicking off 2020 with concert dates in Toronto, Montreal, and New York City, bouncing across the Atlantic from Boston to France and Italy, and then it’s off to Estonia and beyond.

But, just five years ago, you would have been hard-pressed to find anyone in the classical music world who had so much as heard his name. It was at the XV International Tchaikovsky Competition in the summer of 2015 that he would come to instant fame.

Founder, President & Producer of Toronto’s Show One Productions, Svetlana Dvoretsky is an impresario in the grand, traditional sense. She founded Show One largely as a vehicle to bring artists from her native Russia to North America to tour. As the years have passed, the company has expanded to incorporate essentially the cream of the global classical music crop as a whole, but her attention has naturally remained focused on the highlights of Russian culture — including the famous International Tchaikovsky Competition.

Held every four years in Moscow and Saint Petersburg, the competition is one of the world’s most prestigious for young pianists, violinists, cellists, and vocalists. That’s where Svetlana’s impresario’s eye — and the world’s attention — was first caught by Lucas Debargue.

“It all happened four and a half years ago,” she recalls. “It was the first year MediciTV broadcast the whole competition,” she says. “Whoever couldn’t make it to the competition were glued to their computer screens.” 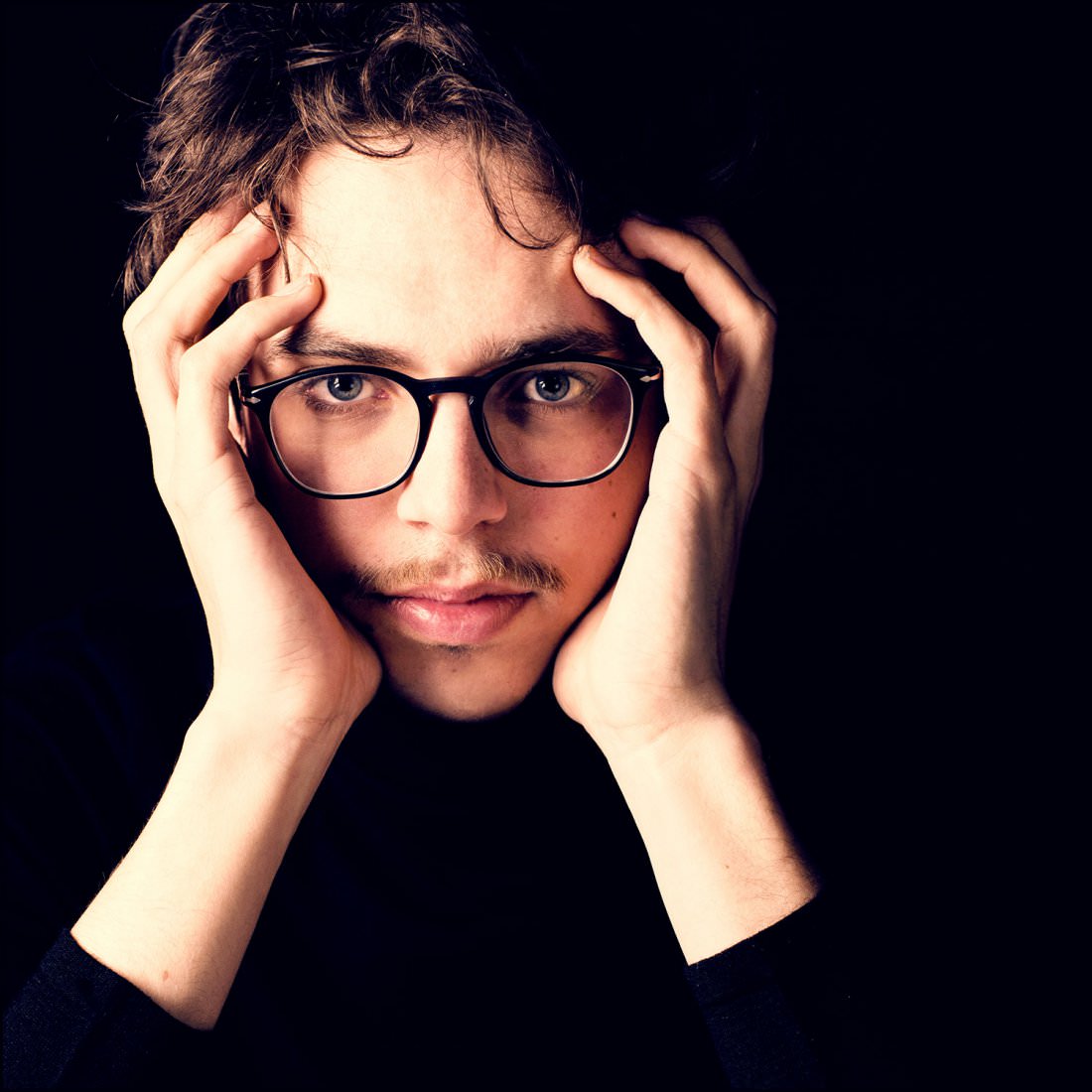 It’s not that dazzling technique or talent is in short supply at the competition. “Usually, they are particularly strong,” she notes of the field of competitors. Still, there was something about the young Frenchman’s playing that caught the attention of judges and audiences alike. “People see this French guy that nobody had ever heard of at all,” Svetlana recalls. She had friends who were there in Moscow, and they reported back that Debargue’s reception recalled that of a young Glenn Gould — another unknown foreigner who stunned Russian audiences with his unique playing style. “Something similar happened here. Thousands became instant fans.” Even jury members clapped. “He literally woke up famous.”

It’s his interpretive gifts, as opposed to supersonic technique, that impressed everyone present. “His interpretation is like no other,” Svetlana says. “That’s all they were talking about.”

If his interpretative skills are seminal, perhaps it’s because Lucas comes at it from a unique angle. “I consider myself like a scientist,” Debargue says. “It’s not about being the fastest or the best.”

How did Debargue manage to fly so far under the classical music world’s radar? It’s not that he didn’t start early. “I was actually starting music on my own when I was around 10,” he recalls. It was an initiative that came from him, and not his family. “I was not surrounded by musicians,” he says.

In spite of their own non-musical backgrounds, his parents were supportive of Lucas’ studies. However, once he got to age 15, and a chance at a scholarship to study music in Paris opened up, he went in a different direction. “I was 15-years-old, and I was scared to be in Paris on my own,” explains the native of Villers-sur-Coudun in the north of France. His parents gave him the choice, and he chose to stay home and play music, but attend a regular school.

Five years later, he would come back to music full-time. “I had a terribly painful break-up and my studies weren’t going well,” he explains. “Music — it offered itself to me as a solution. Life was answering to me.”

Most young soloists have a history of coming up through a nationally recognized music system, with grading and competitions along the way to prepare them for what lies ahead, and make them part of a community of classical musicians. That’s the part of it that Lucas missed, and what made him all but invisible to the classical music world.

“I really started practising with a professional teacher when I was 20.” Noted Russian teacher Rena Shereshevskaya took him under her wing, and invited him to study with her at the École Normale de Musique de Paris “Alfred Cortot”. It was a connection to Russian culture as well — and to Svetlana, as it happens. “I know his teacher,” Svetlana says.

“I was discovering the Russian music, and the Russian pianists,” Lucas says. He came to revere Russian culture, and Shereshevskaya had connections to the Tchaikovsky Competition. But, winning, and even the competition itself, held little interest for him. “It was more important to play in that hall, to be part of it.”

He credits Shereshevskaya for setting him on the right musical path. “She was really unveiling a truth,” he says.

There are two common modes of playing, he says, one that is submissive and obeys the laws and rules, and another that uses the performer’s own essence, and their own emotions to interpret the work. Debargue explains that his method is neither.

Debargue subsumes himself in the music. “Ego is the contrary of art,” he says. Still, the classical music world is known for many over-sized egos, and he does not pass judgment. “There is an audience for that too,” he says. “It’s better to know what family you belong to.”

In the end, Debargue won the 4th prize in XV Tchaikovky International Competition, a prize that is often not given out, and was unanimously chosen to receive the Moscow Music Critic Award. He’s the first to receive that honour, given to a competitor whose “incredible gift, artistic vision, and creative freedom have impressed the critics as well as the audience.”

Since the win, he’s made up for any lost time with a whirlwind of concert appearances, including dates at Wigmore Hall and Royal Festival Hall in London, along with Amsterdam’s Concertgebouw, Carnegie Hall in New York City, and performing to a sell-out crowd at the Philharmonie de Paris. He also accepted a recording contract with Sony Classical, who released his fourth CD in October 2019, a four-volume set of all 52 Scarlatti piano sonatas.

For the Toronto concert, he’ll be drawing on material from his recent release, playing 10 short Scarlatti sonatas, along with the Sonata in G minor by Nikolai Medtner, a Russian composer whose work he played a the Tchaikovsky Competition. He’s adding two challenging works from the piano repertoire, Ravel’s Gaspard de la nuit, and Liszt’s Fantasia quasi sonata, inspired by Dante’s Divine Comedy.

“I always choose repertoire,” he says. “It’s very important to me to play what I want to play.” In fact, in this year of celebrating Beethoven’s 250th, he says he’s resisted all calls to play the German master’s music.

“I am composing quite a lot,” he adds. “It took me ages to do that.” In fact, he says he may play his own composition for an encore on his Canadian dates.

It’s not the first time Lucas will be in Toronto, or Canada. “I brought him here a few months after the competition,” Svetlana recalls. “He’s very unique. He has a philosophy.” In a world with many piano virtuosi, Debargue has brought something new to the table. “He has an old soul.”